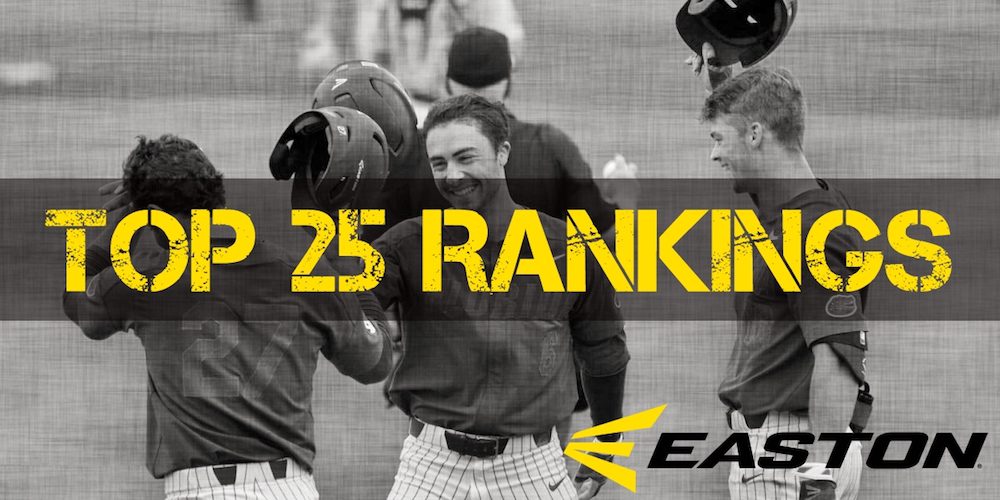 Florida returned to No. 1 in the D1Baseball Top 25 rankings, ending Oregon State’s three-week run at the top. The Gators opened the season at No. 1 and spent the first three weeks there before slipping a spot to No. 2 in Week Four, but they’ve still yet to lose a series this weekend, and now they’re riding a six-game winning streak — with all six runs coming against opponents ranked in the top 10. After shutting out rival Florida State midweek,[…]