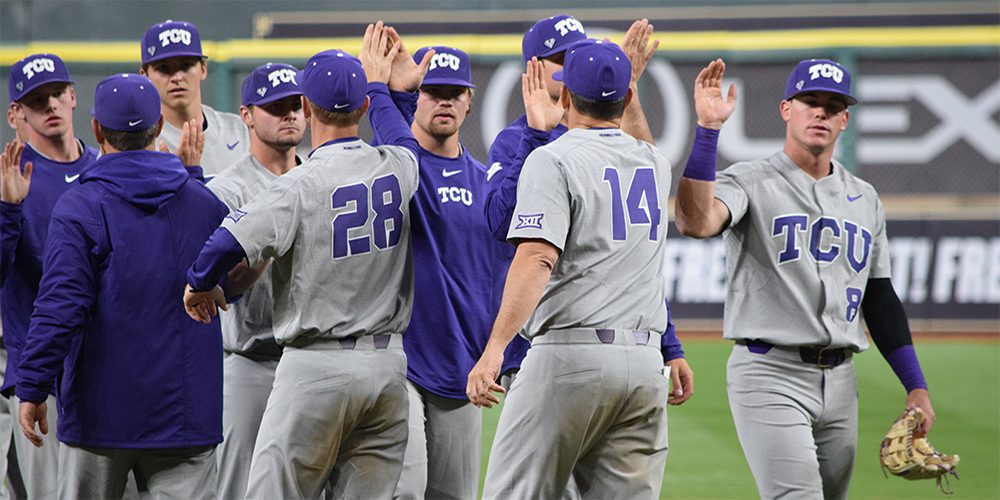 TCU remained No. 1 in the D1Baseball Top 25 (Kendall Rogers)

TCU retained the No. 1 spot in the D1Baseball Top 25 Rankings for the third straight week after going 3-0 in the loaded Shriners College Classic. The Horned Frogs followed up a midweek win against Rice with three victories against ranked opponents in Houston: LSU, Texas A&M and Ole Miss.

Florida and Florida State held steady at No. 2 and No. 3, respectively, after notching four wins on the week. Oregon State moved up three spots to No. 4 and Louisville jumped four places to[…]