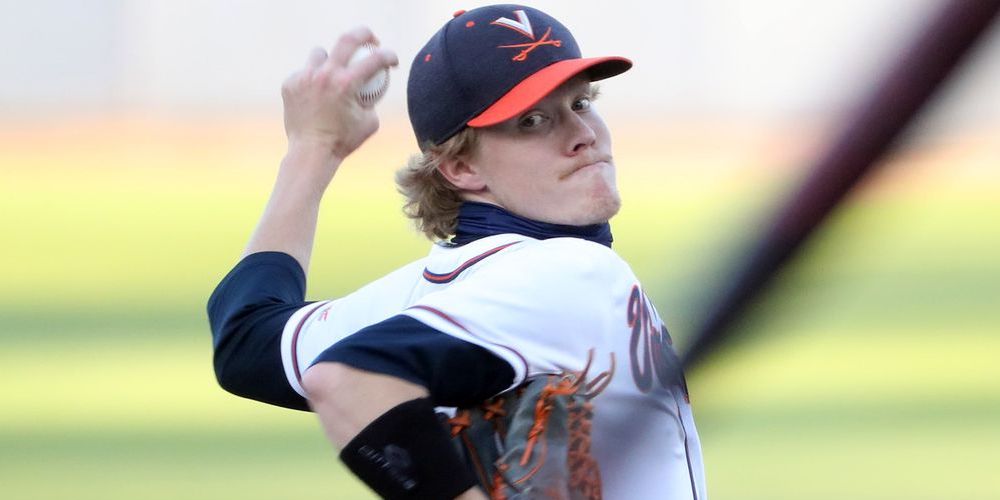 Team Of The Day: Virginia

Virginia apparently didn’t take too kindly to being left off of the latest Projected Field of 64. UVA enjoyed a near perfect day in all phases on Friday, opening their three-game home series against Wake Forest with a 17-0 clobbering. The team pounded out 14 base hits, although no single batter had more than two knocks in a well-rounded, team effort. Leadoff hitter Zack Geloff hit a triple and a home run, Brendan Rivoli also hit a homer, and Chris Newell went 2-for-4 with three RBIs.

However, that’s not the headline here as three hurlers – Andrew Abbott, Jake Berry and Griff McGarry – combined to toss a no-hitter, the seventh in Virginia program history. Abbott, the Cavs’ lefthanded ace, went the first 7 1/3 innings striking out 16 along the way and McGarry fanned three in his inning of work with 95-98 mph fastballs with D1 Baseball’s David Seifert on hand.

Game Of The Day: Arkansas Takes Game 1 Of Must-See Series

After Tennessee jumped out to an early 5-0 lead, scoring all five of its runs in the bottom of the first inning, Arkansas did what they’ve been doing all year long by coming back, little by little, to win the first game of its three-game series in Knoxville. Robert Moore and Brady Slavens hit two-run home runs in the second and third innings, respectively, and the eventual winning run came in to score in the top of the eighth when Moore brought home Slavens on a sac fly.

Following 3 1/3 scoreless innings out of the bullpen by Caden Monke, Hogs closer Kevin Kopps once again proved to be nearly unhittable working the final three frames to pick up the win, moving to 8-0 on the year and further securing his case for significant postseason honors.

Upset Of The Day: Mizzou over Mississippi State

Missouri gave Mississippi State all they could handle on Thursday night, entering the bottom of the seventh inning with a 4-2 lead only to see Hail State score three runs before turning to closer Landon Sims to secure his seventh save of the year.

On Friday it was the Tigers that scratched and clawed their way back, down 5-2 after four innings of play; their biggest inning came in the sixth, when they scored three runs. The eventual winning run, however, came in to score in the top of the ninth when Joshua Day singled home Andrew Keefer, who led off the frame with a single of his own.

Konnor Ash and Spencer Miles combined to toss four scoreless innings in relief of starter Seth Halvorsen. Miles picked up the win, which was only Mizzou’s fifth (5-20) in SEC play this year.

It wasn’t an especially good day for ranked teams on Friday as 10 Top 25-ranked teams were beaten to open their respective weekend series. That’s in addition to Missouri’s upset win over Mississippi State, which was the second game of that series, and Cincinnati beating No. 11 East Carolina in the second game of a Friday doubleheader.

• Louisiana Monroe got the best of sixth-ranked TCU on Friday with a 4-3 victory. The Horned Frogs didn’t record a base hit until there were two outs in the ninth inning, and on that play what would have been the tying run got thrown out by ULM right fielder Trace Henry at home plate to end the game. Center fielder Mason Holt had the biggest hit of the day for ULM, a two-run single in the fifth inning that gave the Warhawks a 3-0 lead.

TCU scored all three of its runs in the bottom of the ninth inning. Two walks, a hit-by-pitch, an error and an RBI groundout led to two of those runs before Tommy Sacco’s base hit to right field.

Cam Barlow worked the first five innings for ULM with Trey Lindsay going the next 3 1/3 – all hitless – innings.

• While TCU got beat by an out-of-conference opponent, No. 7 Texas Tech was taken down by Big 12 foe Oklahoma in dramatic, walk-off fashion. Catcher Justin Mitchell, who enjoyed a three-hit day, led off the bottom of the 10th inning with a triple and scored two batters later on a wild pitch to give OU the 9-8 win.

The Red Raiders got off to a fairly commanding lead in this one as Cody Masters hit a grand slam in the first inning. Jace Jung, Cole Stilwell and Cal Conley also homered for Texas Tech. Jimmy Crooks hit a three-run shot for the Sooners as part of their five-run fourth.

Wyatt Olds picked up the win, striking out six over the game’s final three innings.

• It’s hard to call it an upset, but No. 18 Ole Miss took down Kumar Rocker and No. 2 Vanderbilt in Oxford. Doug Nikhazy enjoyed the better performance on the mound, striking out 10 in seven innings to improve to 7-2 on the year. Taylor Broadway picked up his 10th save with two scoreless innings. TJ McCants hit a two-run homer off Rocker in the second inning and Kevin Graham followed with a solo shot in the third to give Nikhazy and Ole Miss all the runs they would need to start the weekend 1-0.

• In the ACC an unranked North Carolina team took down No. 15 Louisville on the day the Cardinals learned they got snubbed from the hosting picture. UNC ace Austin Love struck out nine while going the distance in the win and freshman third baseman Mac Horvath had a huge day at the plate, going 2-for-4 with a two-run home run and a two-run single.

• Staying in the ACC, NC State continued its winning ways with a 3-2 road win over No. 16 Pitt. Austin Murr set the tone at the top of the Wolfpack order, going 3-for-4 with an RBI single in the second and a triple in the seventh that preceded him scoring on a wild pitch, which proved to be the winning run. Reid Johnston moved to 6-2 on the mound with 7 1/3 strong innings that included nine punchouts and Evan Justice recorded his fifth save with four more strikeouts in his 1 2/3-inning stint to close out the game.

• A pair of teams with legitimate hosting aspirations from Conference USA lost on Friday:

No. 14 Louisiana Tech saw UTSA score three runs in the top of the seventh to re-claim a lead they wouldn’t relinquish. The runs scored on a bases loaded walk, a double play (again with the bases loaded) and on a wild pitch. UTSA relievers Hunter Mason and Arturo Guajardo shut things down over the final three innings to secure the win.

FAU’s Hunter Cooley bested Southern Miss ace Hunter Stanley in a 3-1 win for the Owls to take game one of their series in Boca Raton. All three of FAU’s runs came on long balls, starting with Mitchell Hartigan’s third-inning solo shot and continuing with Steven Loden’s two-run blast in the fourth that proved to be the game winner.

No. 20 Charlotte, another C-USA team in the hosting picture, remains in first place of the Conference USA standings with a 36-14 overall record and a 23-6 C-USA mark after beating Rice 9-6.

• Michigan jumped all over No. 21 Indiana in the third inning on Friday, scoring five runs as part of a 10-3 Game 1 victory. They added three more runs in the fourth inning on a Griffin Mazur blast, one of three Wolverines to go deep. Lefthander Steve Hajjar moved to 4-0 on the year, fanning eight in 6 1/3 innings, and Isaiah Page added four more punchouts in 2 2/3 scoreless frames. With Indiana’s loss, and a win by Nebraska over Northwestern, the Huskers have re-claimed first place in the Big Ten.

• Out West, UC Santa Barbara jumped on UCLA ace Zach Pettway early and often, tagging him for seven earned runs in 3 2/3 innings. That was more than enough run support for UCSB ace Michael McGreevy who allowed just one run while striking out 12 in 6 1/3 strong innings. First-year freshman right fielder Zach Rodriguez, who had four total RBIs in the game, capped his team’s four-run fourth inning with a two-run single.

Play Of The Day: Long’s Binge Continues For ASU

After a five-run fourth inning, Oregon State carried a 6-5 lead over Arizona State into the bottom of the ninth inning. To make things more challenging, long-time Beavers closer Jake Mulholland entered the game looking to record his 13th save of the 2021 season. After Mulholland struck out the first batter he faced, back-to-back singles by Drew Swift, Hunter Jump and Sean McLain allowed ASU to tie the game 6-6. First-year freshman Ethan Long then stepped to the plate and blasted his 14th home run of the year to give Arizona State the 9-6 walk-off win.

Remarkably, 12 of Long’s home runs have come in the last 12 games. 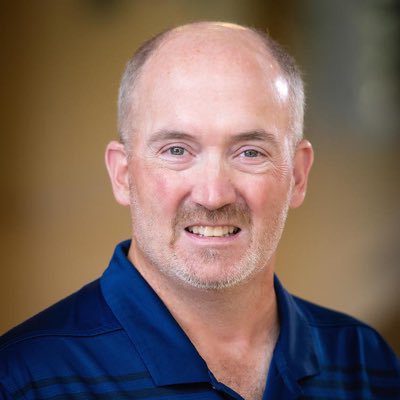 Patrick Ebert
Patrick Ebert serves as a Midwest and Summer Baseball writer for D1Baseball. Ebert has spent more than a decade covering college baseball and prospects and resides in Brookfield, Wisc.
[email protected]