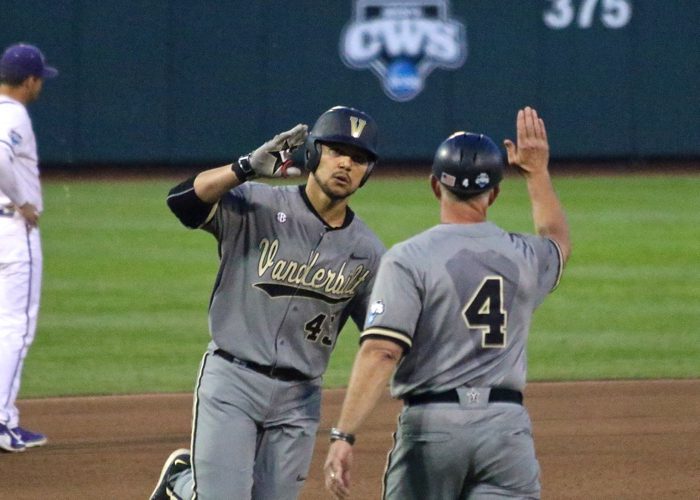 OMAHA — LSU eliminated Cal State Fullerton with a 5-3 win, scoring four runs in the fourth inning to erase a 3-0 deficit. Then TCU and Vanderbilt pitchers Alex Young and Philip Pfeifer locked up in a lefty-lefty pitcher’s duel. The only run of the game came on one swing of the bat from Zander Wiel, who launched a solo home run on an inside changeup

Here’s Shotgun Spratling’s top photos from the fourth day of the College World Series at TD Ameritrade Park in Omaha: (Scroll left to get to TCU/Vanderbilt photos or right for more LSU/Cal State Fullerton[…]