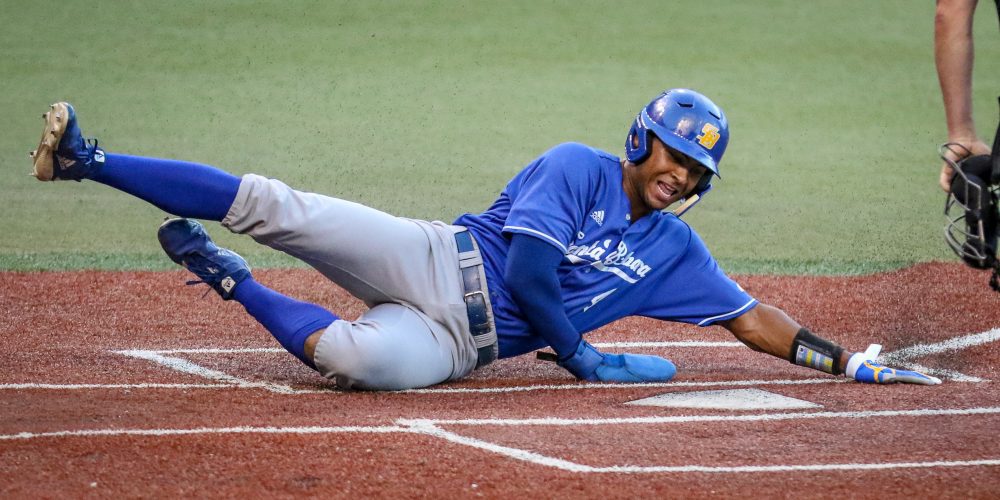 UCSB's Armani Smith slides across with a run. (Shotgun Spratling)

When UC Santa Barbara got a hit Saturday night, the Hawai’i pitcher knew it immediately. So did the 2,261 fans in attendance at Les Murakami Stadium where the pings rang clean through a night off intermittent drizzle. The Gauchos inched closer to a Big West title, winning their 12th straight game in commanding fashion, 11-1, Saturday night behind an onslaught of hard-hit balls.

They collected 18 hits and almost every one was barreled up. They loaded the bases in the first inning and then lined three straight singles to take a 4-0 lead. UC Santa Barbara (43-7, 17-3 Big West) never looked back.

“We swung the bats well. We hit the ball hard. We hit all kinds of different pitches — changeups, fastballs, in, out, up, down,” head coach Andrew Checketts said. “The guys were getting swings off on lots of different types of pitches. Pretty constant amount of pressure that we were able to put on them.” …