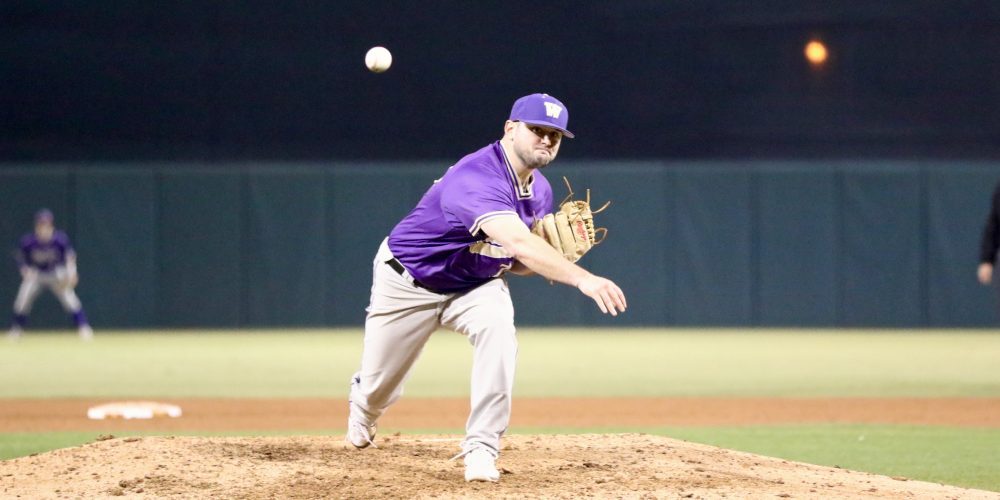 Joe DeMers has developed into a Pac-12 ace this season. (Shotgun Spratling) 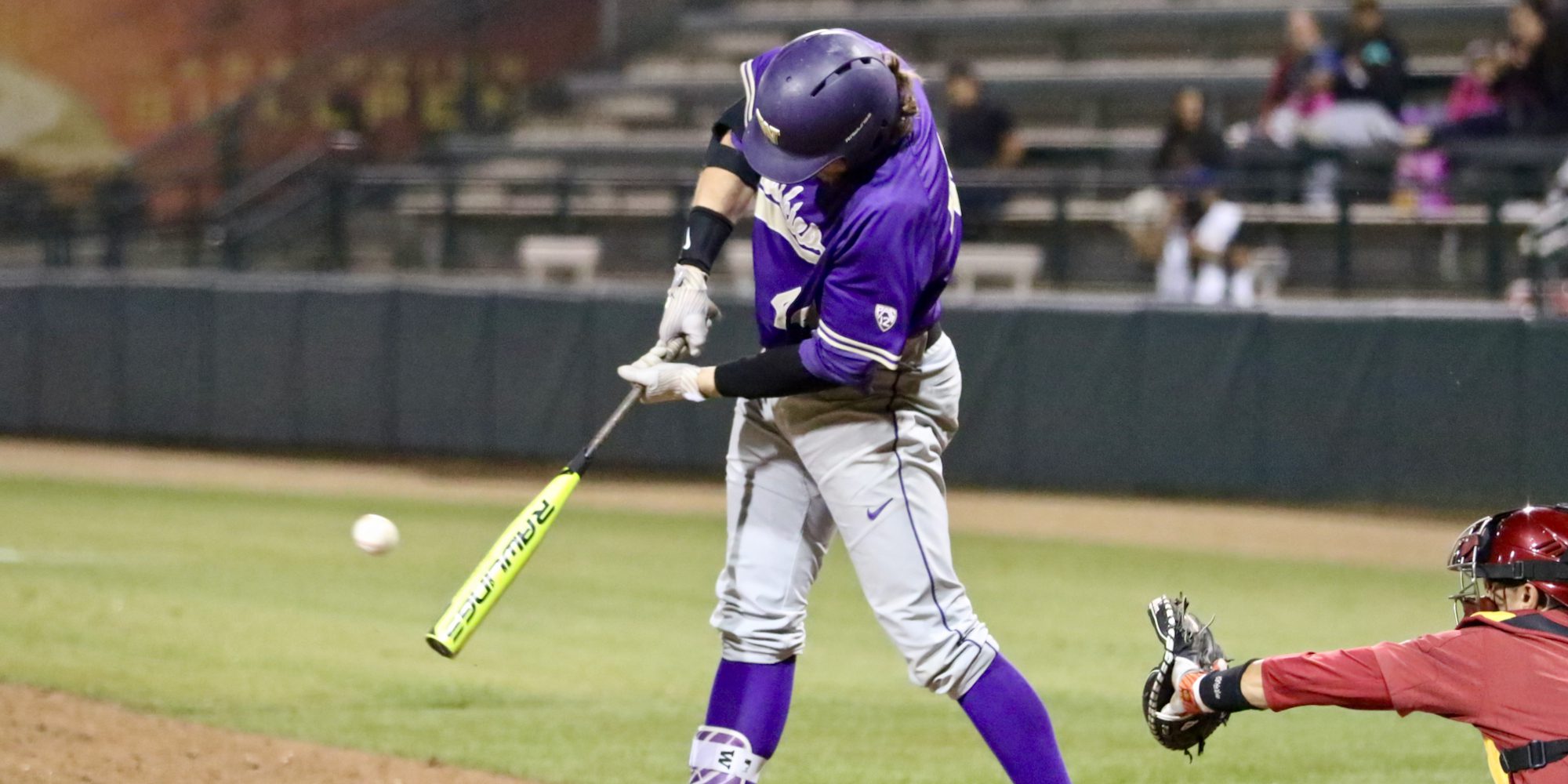 With two strikes on him and the bases loaded, 6-foot-6, 255-pound Washington cleanup hitter Joe Wainhouse choked up on the bat. Facing a lefty-lefty matchup, Wainhouse chose to shorten his swing and focus on bat control.

“He’s the guy that can, he’s hitting balls on the top level of the parking structure in batting practice, but with two strikes, he’ll shorten up,” Huskies head coach Lindsay Meggs said. “He’ll hit the ball the other way and stay over a ball when you need it and he did that.”

Wainhouse got a full count breaking ball, kept his hands inside, stayed with the pitch through the zone and looped it over the second baseman for a two-run single that provided some separation late in Washington’s 5-2 win over USC Friday night.

The Huskies’ first run of the game also came on a bases loaded, two strike, choked up single. In fact, six of their 10 hits on the night came with two strikes.

It was a common theme throughout the weekend. Washington was able to get an important road series win after dropping the opener, 1-0, because of its ability to fight off pitches and get key hits with two strikes. Three of its five hits on Thursday were with two strikes and four hits on Saturday came with two strikes, including a pair of singles with the bases loaded that scored two runs each.