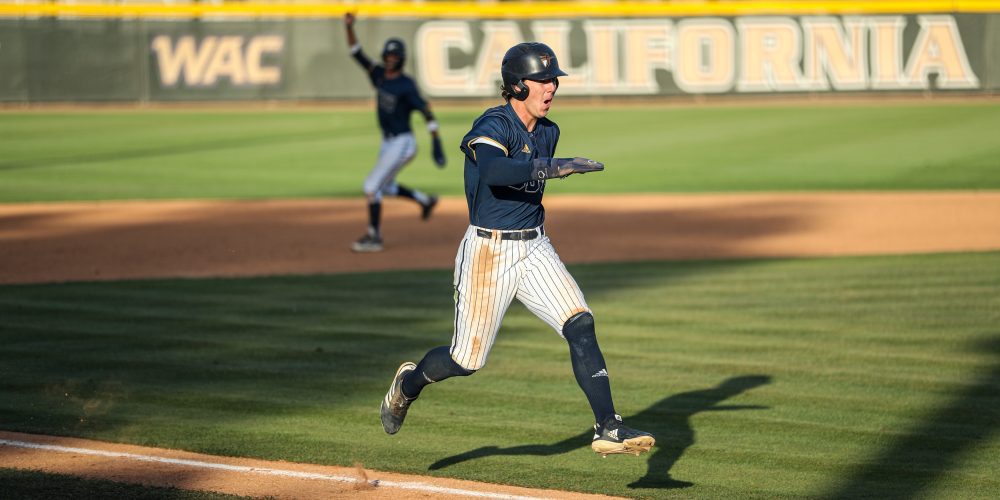 Harrison Spohn scores the winning run but the runner in the background never made it to third. (Shotgun Spratling)

RIVERSIDE, Calif. — Ulises Caballero had no intentions of going down looking.

Down 0-2 in the count with the bases loaded in the 10th inning, the California Baptist designated hitter was willing to expand his zone to try to put the ball in play and force Sacramento State’s defense to turn a double play. He was out in front of a pitch that was just off the outside stripe of the plate, but he barreled it up and sent a low liner down the third base line. Steven Moretto, who had made multiple diving stops throughout the day’s doubleheader, laid out[…]