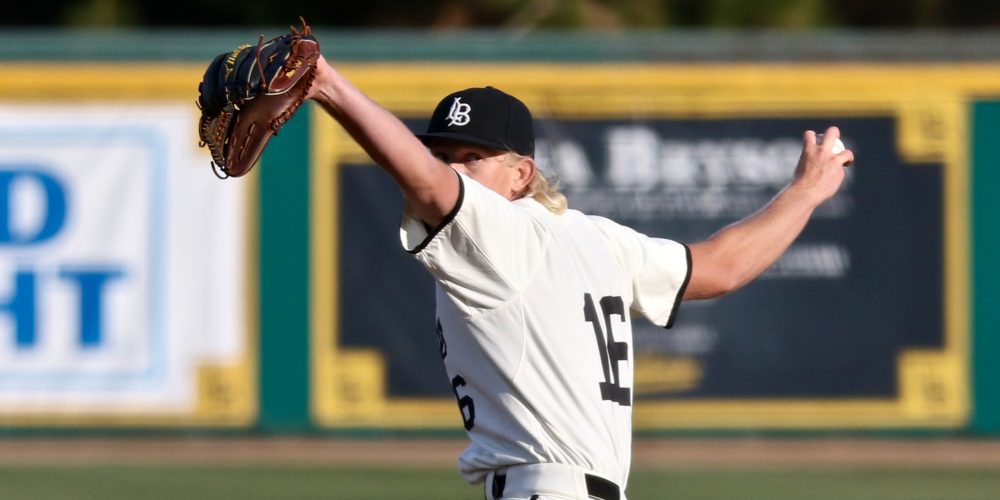 Darren McCaughan entered Friday night’s start with a chip on his shoulder and some fire in his blood. The Long Beach State ace had been roughed up in his last start and he was pitching against a team that had previously overlooked him.

“In high school, they told me that I wasn’t good enough to go there,” McCaughan said. “They told me I should probably go to juco. Little did they know, I was coming here, so it just kind of fires me up to play them every time.”

That motivation and a couple of small mechanical tweaks helped McCaughan produce one of the best starts of his career. He tossed a three-hit shutout and struck out 11 to lead the Dirtbags to a 3-0 win in the opener of an important conference series. He also became just the 10th Dirtbag to reach 20 career wins and the first since Cesar Ramos did so in 2005.

“McCaughan was great. He was fantastic,” Long Beach State head coach Troy Buckley said after Friday’s start. “Even more fantastic coming off what he did last weekend. That’s what I’m proud of.”

Against UC Davis a week ago, McCaughan was roughed up for a career-high eight runs in 4.1 innings. With the wind howling, Davis hit a double, a triple and three homers — all to left field. He was leaving the ball up and didn’t have a feel for his changeup. The offense picked him up, leading the Dirtbags to a 14-9 win, but McCaughan knew he needed to make some adjustments.