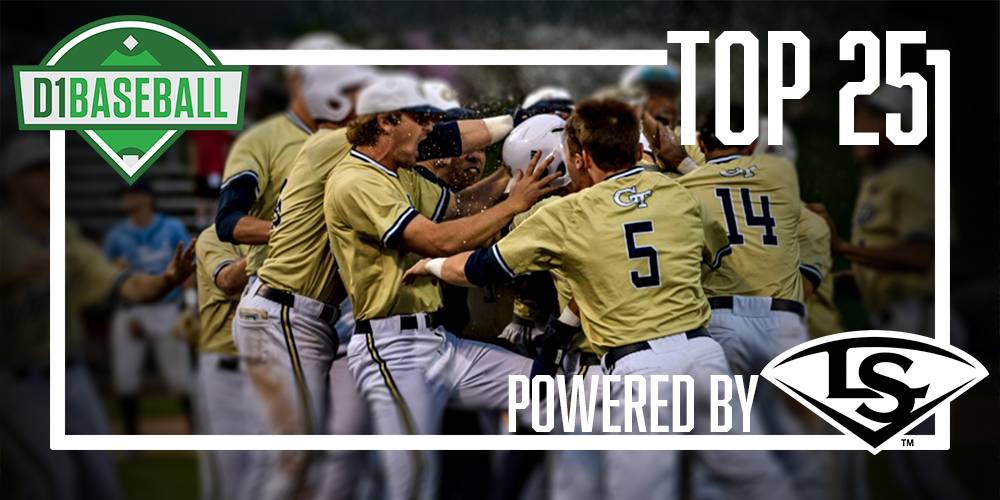 UCLA locked down its position atop the D1Baseball Top 25 rankings, powered by Louisville Slugger, after winning a 1 vs. 2 showdown on the road against Stanford. Three teams came into the rankings, led by Georgia Tech after a dramatic series win against North Carolina.

The Bruins went on the road and won a marquee series against Stanford, their second series win this season against a top-five foe. UCLA also[…]