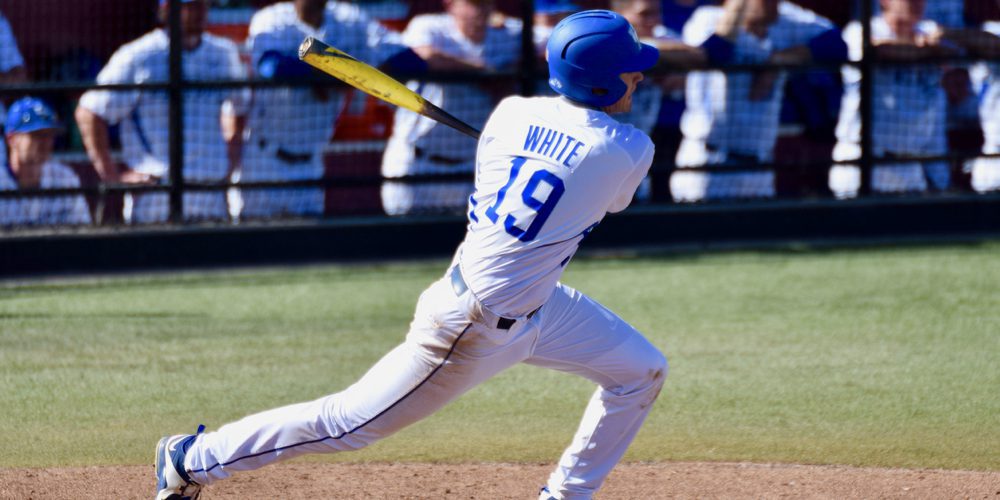 Oregon State remained No. 1 in the D1Baseball Top 25 rankings for the third straight week after sweeping a road series at then-No. 11 Stanford. The Beavers have won 19 games in a row and own a 24-1 overall record to go along with a perfect 9-0 mark in Pac-12 play.

Other big climbers this week include Kentucky and Arizona. UK vaulted eight spots to No. 8 after taking two of three from Vanderbilt, giving the Wildcats three straight quality series wins (they also took two of three at Texas A&M and swept Ole Miss). Arizona bounced back from getting swept at Oregon State last week with a sweep of its own, at home against Southern California, helping it return to the top 10 at No. 9.

Stanford and Florida State tumbled 10 spots apiece to No. 21 and No. 22, respectively, after both got swept at home. Ole Miss and UL Lafayette fell out of the rankings after both posted losing records for the second week in a row, though the Cajuns did win their weekend series against South Alabama.

Wake Forest entered the rankings for the first time this season at No. 23 after winning its first-ever road series at Miami. Maryland also returned to the Top 25 following a sweep of Rutgers. The Terps check in at No. 24.