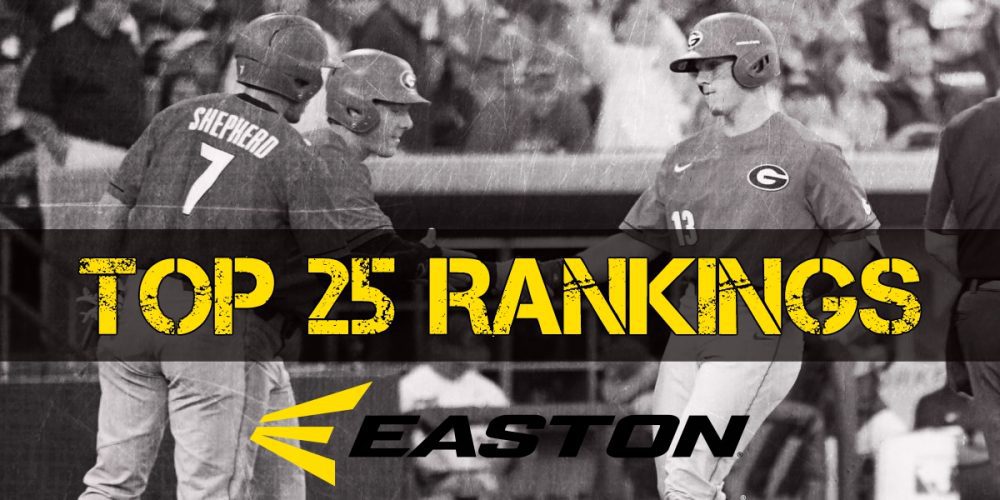 Florida and Stanford retained the top two spots in the D1Baseball Top 25 rankings for the sixth straight week after winning conference road series. The Gators took two of three at Texas A&M and still haven’t lost a weekend series all season. The Cardinal swept Utah to remain comfortably atop the Pac-12 standings.

Oregon State remained No. 3 after sweeping Washington State. North Carolina and NC State moved up to Nos. 4 and 5, respectively, taking advantage of other teams in the top 10 losing weekend series.

Ole Miss and Arkansas fell two spots apiece to 6 and 7 after dropping SEC road series. Clemson, Southern Miss and East Carolina round out the top 10.

Three teams fell out of the Top 25: Indiana, Texas A&M and Vanderbilt.

D1Baseball editors Aaron Fitt and Kendall Rogers determine the Top 25 rankings. Records are through games of May 6.