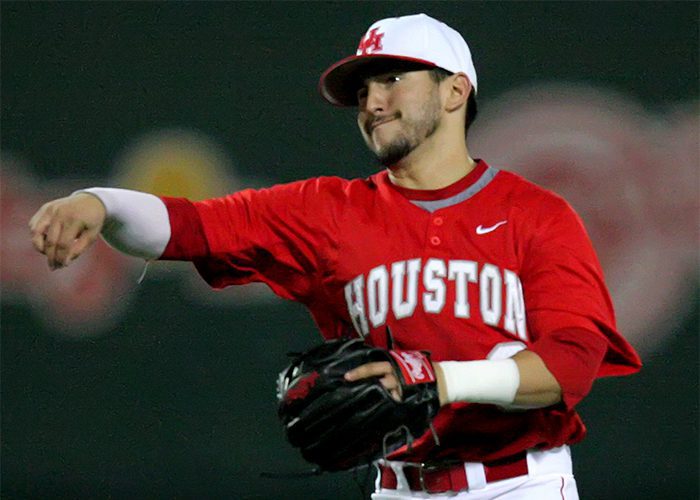 Josh Vidales and Houston are surging down the stretch. (UH)

As the calendar turns to May, college baseball teams pretty much are what they are, which means their resumes are what they are as well. The Big 12 has shaped up into a two-team battle for the crown in what is probably a two-bid league right now, and Texas A&M showed a lot of character with its bounce back after at Tennessee last week after a series loss at LSU.

All this and more is covered in this week’s Southwest Rewind:

A week after dropping a hard-fought series at LSU, the Aggies showed the[…]