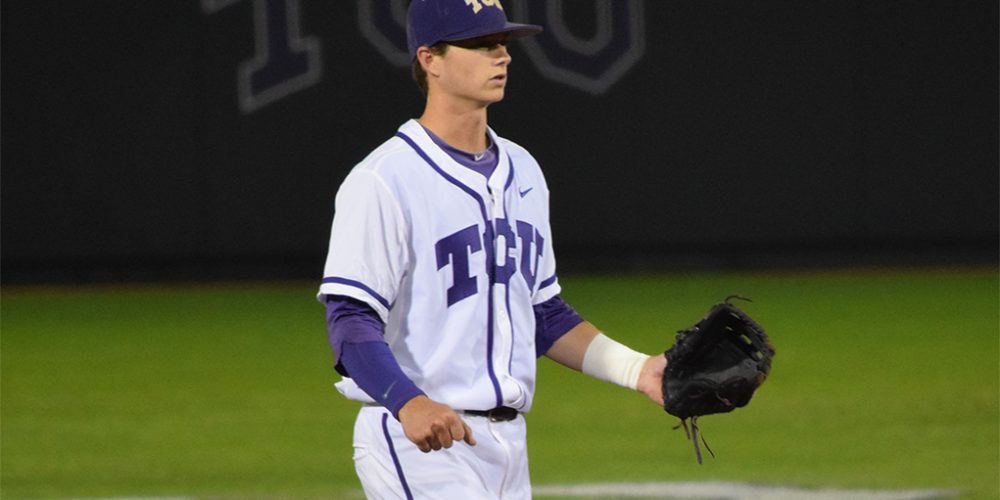 Buckle up, everyone. The Big 12 will be a wild ride this season with extra-inning games, competitive series with some surprises sprinkled into the mix, and a handful of teams that could realistically win the conference. Our Southwest Region Rewind touches on that this week as well as Texas A&M and a huge weekend for the highest rated Texas team on our initial, preseason top 25. Take a look:

The Big 12 is already wild

This is going to be fun. We’re just a couple weeks into Big 12 conference play – just one week of everyone playing conference games – and we’ve already encountered our first surprise in the form of a tough-to-figure-out Oklahoma State team winning a Sunday rubber game at TCU to take down the as-hot-as-anyone-in-the-country Horned Frogs. And take a look at how Oklahoma State won its two games: Riley Ferrell took the loss in a 12-inning affair Friday; on Sunday, TCU, which entered the game with just 12 errors all year, gave up six unearned runs in one inning, which was more than enough for Oklahoma State imposing starter Michael Freeman. If you saw TCU losing games at home like that, you’re lying.