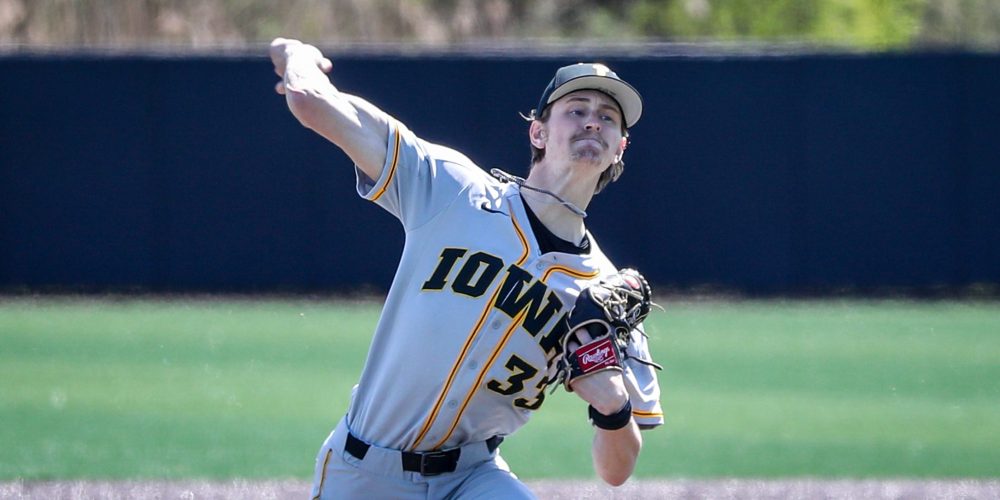 PISCATAWAY, N.J. — Adam Mazur has been good this season. The Iowa righthander entered the weekend with a 3.00 ERA. He’s even shown flashes of the ability that made him a Cape Cod League All-Star.

But he showed Friday at Bainton Field he can be great. Even more intriguing, there’s still untapped potential.

Mazur pitched the Hawkeyes to a 4-1 series-opening win over first-place Rutgers, going eight innings and giving up only one run on six hits against one of the nation’s top offenses. He struck out 11 batters without issuing a walk for the second week in a row.