National Player of the Year Will Craig, a two-way star for Wake Forest, headlines the 2016 D1Baseball All-America teams, released Thursday.

The 22nd overall pick by the Pirates in last week’s draft, Craig stands out most for his prodigious offensive production in the nation’s No. 1 RPI conference. He hit .379/.520/.731 for a 1.251 on-base-plus-slugging mark that ranks second in the nation, only trailing Mercer’s Kyle Lewis (1.266), another first-rounder. And Craig did it against better competition, while also serving as Wake Forest’s most trusted reliever.

Power is Craig’s calling card — both at the plate (where he slugged 16 homers and 16 doubles) and off the mound (where his fastball sits at 91-94 and touches 95, and his hard curveball is an out pitch). In 28 innings of work over 19 relief appearances, Craig went 2-0, 3.54 with nine saves. 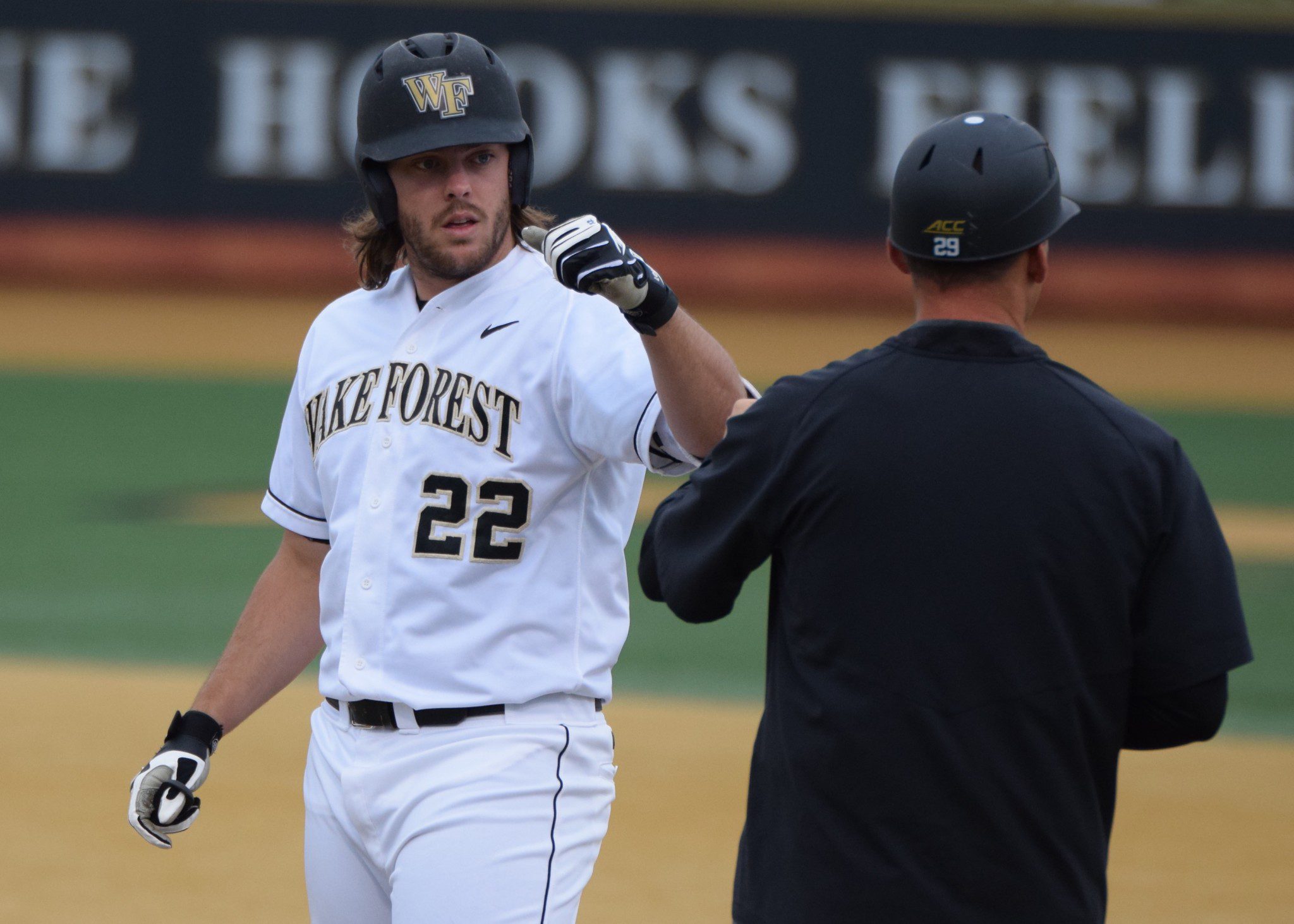 Craig also played solid defense at third base and demonstrated a very advanced approach at the plate to go along with his power. And he played a huge role in leading Wake Forest to its first regional since 2007. Perhaps his value is best illustrated by what happened when he missed a few games to injury midway through the year.

“He will be successful at the next level,” Walter said the day before. “Will’s got one of those swings where he hits the ball to all fields. He’s got unbelievable strike zone awareness and discipline and he hits the fastball and the breaking ball, so he hits all sorts of pitches. Will has handled upper-tier pitching. He’ll handle velocity. He’ll handle soft. He’s just a complete hitter. He’s a guy that’s very dangerous in all situations because his batting average, believe it or not, is better with two strikes than it is with less than two strikes. He’s a guy that’s not afraid to go deep in the count and not afraid to battle you, and can take you out of the ballpark to all fields, so he’s a special hitter. I’m just glad he’s on our team.”

Clemson outfielder Seth Beer, who actually beat out Craig for ACC player of the year honors, is the only freshman to earn first-team honors. TCU’s Luken Baker is the only other freshman to make any of the teams.