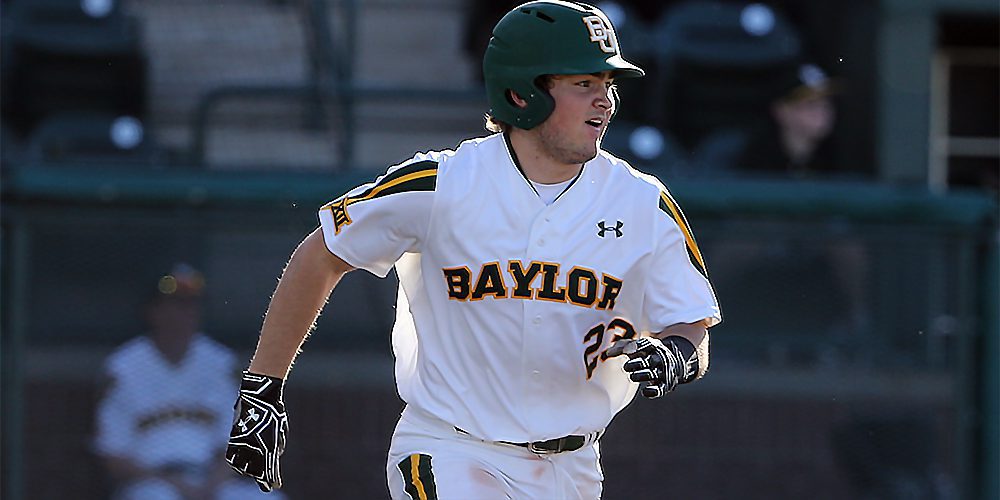 It’s impossible to not be impressed with what Steve Rodriguez and his staff did with Baylor last season.

The Bears had a rough campaign in Rodriguez’s first hurrah two seasons ago. BU went 24-29 overall and finished sixth in the Big 12 Conference. In other words, they had a lot of work to do. But Rodriguez didn’t waste any time working some wonders.

Not only did Baylor make strides last season (his second season), it began the year as one of the nation’s hottest teams and spent significant time as a top-25 club. BU reached the NCAA postseason for the first time since 2012 and tallied a 34-23 overall record. Deservedly so, Rodriguez earned Big 12 Coach of the Year honors.

Now removed from that postseason campaign, the Bears hope to avoid making that team a one-hit wonder.

“There aren’t many question marks when it comes to the guys coming back. This fall, we just kind of sat back and watched some of the younger guys develop during the summer and into the fall,” Rodriguez said about Baylor’s fall. “We’ve got a lot of guys back from a positional standpoint, and we’ve got some other guys ready to step in and contributor. I was actually pleasantly surprised with how we practiced and looked this fall.”

The Bears like where they stand from a positional standpoint. All-American sophomore catcher Shea Langeliers is back and has somehow found a way to become even better, while several other position players, including rising corner infielder Davis Wendzel, made sizable impressions throughout this fall.

While BU is in good shape in the field, there are some question marks about the weekend rotation. There are quality options, but some uncertainty when it comes to the weekend trio. Sophomore lefty Cody Bradford, who was outstanding at times last season, is back and ready to assume an even more important role, while at the back-end of the bullpen, Troy Montemayor’s return gives BU one of the better bullpen arms in college baseball.

What’s the overall feeling about Baylor after fall workouts? Let’s dive into the Bears.