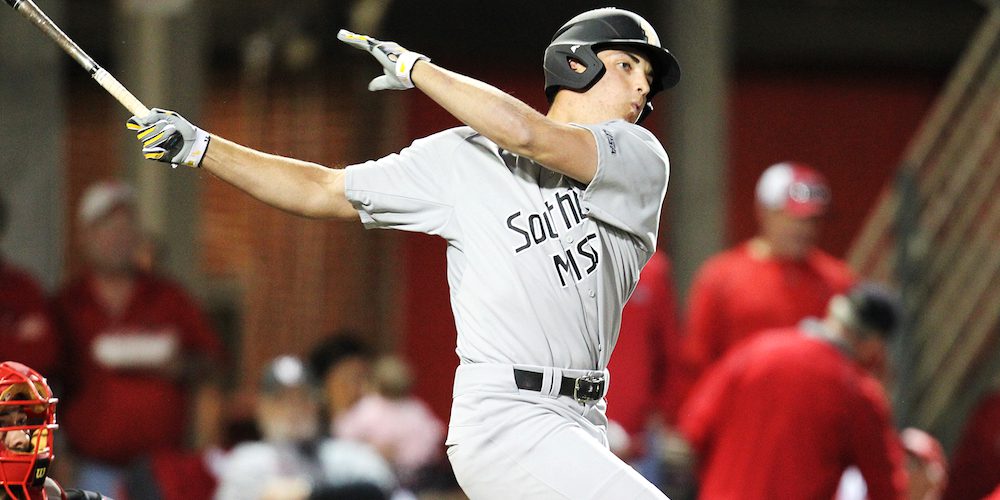 Southern Mississippi has been committed to restoring order the past two seasons.

Before the 2016 campaign, the Eagles hadn’t reached the NCAA postseason for five seasons. But that all changed in ’16 and this program returned to glory last season with a Conference USA regular season championship, a regional host and, of course, an impressive 50-16 overall record with a season-ending RPI of 11.

Sure, the Golden Eagles have some holes to fill this fall as they get ready for the 2018 campaign. They no longer have the services of a guy like lefthander Kirk McCarty, two-way player Taylor Braley or hard-hitting Dylan Burdeaux. But they return a hefty crop of their leading hitters, including Freshman of the Year Matt Wallner and veteran Mason Irby, among others. Where there are question marks is on the mound. The Eagles return some quality options in big-time closer Nick Sandlin and Colt Smith, among others. But they’ll need some newcomers to step up to fill some of the voids in the weekend rotation.

“It’s been pretty good so far this fall. It certainly has been a transition with the loss of some players and the addition of a new pitching coach, but it’s all been about seeing how the new guys fit with what we return and so on,” USM coach Scott Berry said. “We’ve been putting some of the returning guys in some new roles and we’re familiarizing our guys with some new things.

“We’re a little behind of where last year’s team was at this point, but that team returned a lot of players and were very familiar with the process,” he continued. “The unknown is going to be who steps up for us. We were one of only six teams to win 50 or more games last season, and some of the guys we lost were a very big part of why we won that many games.”

With four weeks in the books, there are some position changes and much more to break down for the Golden Eagles.