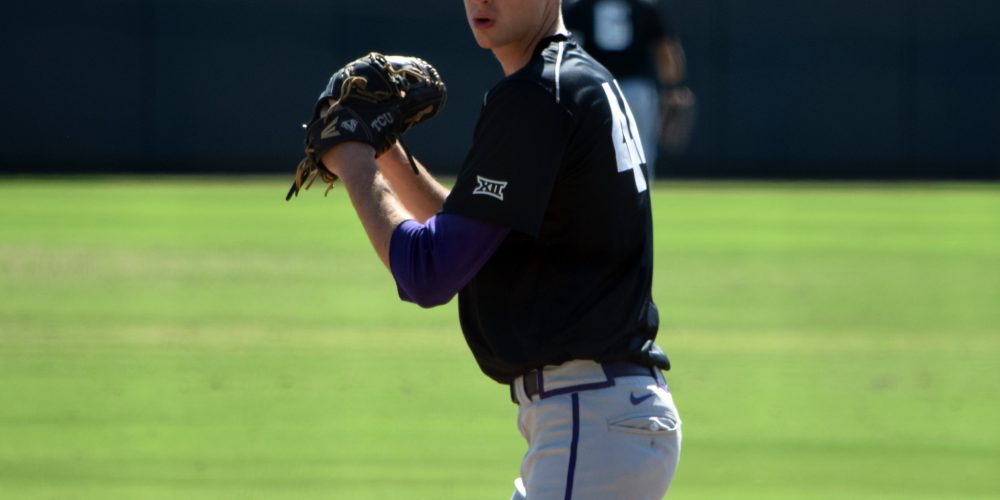 Brian Howard and the Horned Frogs have high hopes for 2017.

FORT WORTH, Texas — Great coaches and programs soak in high expectations in most instances. Perhaps that’s why when I mentioned to TCU coach Jim Schlossnagle that they could be preseason No. 1 by “everyone”, he merely just shrugged it off in “it is what it is” fashion.

That’s the situation the Horned Frogs are in as they trudge through fall workouts with a very serious and business-like approach. Last season, the Frogs looked like a team trying to find their identity about halfway through the season. But not surprisingly, they put all the pieces together in the postseason, went on the road and beat a terrific Texas A&M team two of three to advance to Omaha, and once at TD Ameritrade Park, were just a win away from competing for the national title for the first time in school history.

That little fact still sticks with the Frogs and serves as motivation as fall workouts continue.

The Frogs are as close to flawless as you can get on paper. But Schlossnagle doesn’t want that thought to creep into his players’ heads. After all, back in 2011, his Frogs were preseason No. 1 or No. 2 by most publications and didn’t even get out of a regional. He also has a great example for his team in A&M last year. The Aggies and Louisville were two of three national title favorites and neither team got to Omaha. Getting to Omaha isn’t easy, much less winning a national title.

“Considering coming off the season we had last year, I know what everyone thinks. We have high expectations with everyone we return,” Schlossnagle said. “The thing we’ve challenged our players with is that from the time we left Omaha last year until now, you just kinda of have to keep your blinders on and stay focused on getting better. In 2011, we were highly touted and all three starting pitchers got hurt. That was the primary reason we didn’t get to Omaha, but even if we would’ve, that wasn’t a fun team to coach.”

“I’ve warned this bunch about it. We had some guys on that 2011 team who thought they had all the answers. These returning players on this year’s team have been amazing. They’ve just been awesome. A lot of times, a veteran team is tough to coach in the fall because they’ve been through it so much, and you just kind of go through the motions. But our bunch this year hasn’t done that. They’re extremely focused.”

From the continued rise of veteran righthander Brian Howard to the instant impacts of freshmen pitchers Nick Lodolo and Charles King, TCU is having a fall filled with some special performances they hope will be a springboard to a memorable 2017 campaign.

It’s time to take a serious dive into the Horned Frogs with notes galore.