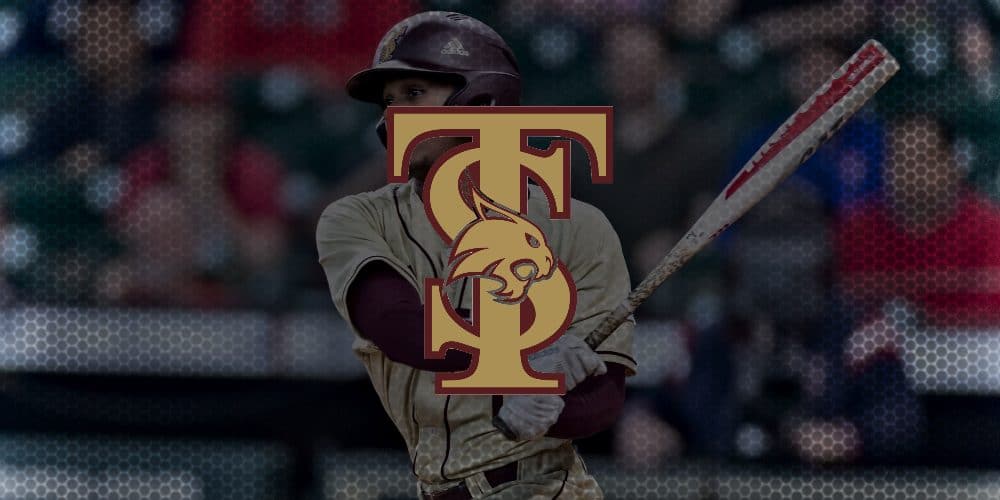 FORT WORTH, Texas — Not seeing Ty Harrington patrolling the Texas State dugout is still taking some getting used to for all involved, but a new era has begun under head coach Steven Trout and the prognosis for his first campaign appears to be good.

There’s no doubt Trout’s Bobcats have some holes to fill. They had a strong weekend rotation in 2019 with the trio of Connor Reich, Hunter McMahon and Nicholas Fraze leading the charge. But all three are gone, leaving the Bobcats with some tough decisions when it comes to the weekend rotation.

Fortunately, some arms have stepped up this fall to give the Bobcats hope they can replace those guys sooner rather than later.

“I think the one thing that has carried over from last year is that our expectations are the same. These guys have a will to want to win,” Trout said. “Our seniors have done a great job of making sure our team shows up ready to play each day.

“We lost so much on the mound, but it’s been a lot of fun to see those guys pitch,” he continued. “The biggest guy is just going out there and staying consistent. There have been some definite strides made on the mound.”

While there’s plenty to replace on the mound, the Bobcats can take solace in the fact that the offense is in great shape with the return of four of their top five hitters, along with the additions of several talented sluggers, including junior college transfer third baseman Justin Thompson.

“It’s been a pretty good fall for us from an offensive standpoint,” he said. “We have several of our better hitters back, and the big thing right now is making sure those guys stay motivated and hungry. Our club has done a pretty good job of two-out hitting, and that’s the kind of thing these guys bring to the table. I felt like most of our hits [against TCU] were with two outs, and that’s something we like to see. It’s also been nice to see some of the newer guys fill into some important roles.”

As the Bobcats look ahead to the 2020 campaign, they’ll look to finish the job. Texas State finished last season with a 36-20 overall record. However, it missed the NCAA tournament after its RPI dipped the final few weeks of the season.

Time will tell if the Bobcats can turn the page from the Harrington era and have immediate success under Trout. But all indications are that everything is going to plan this fall.