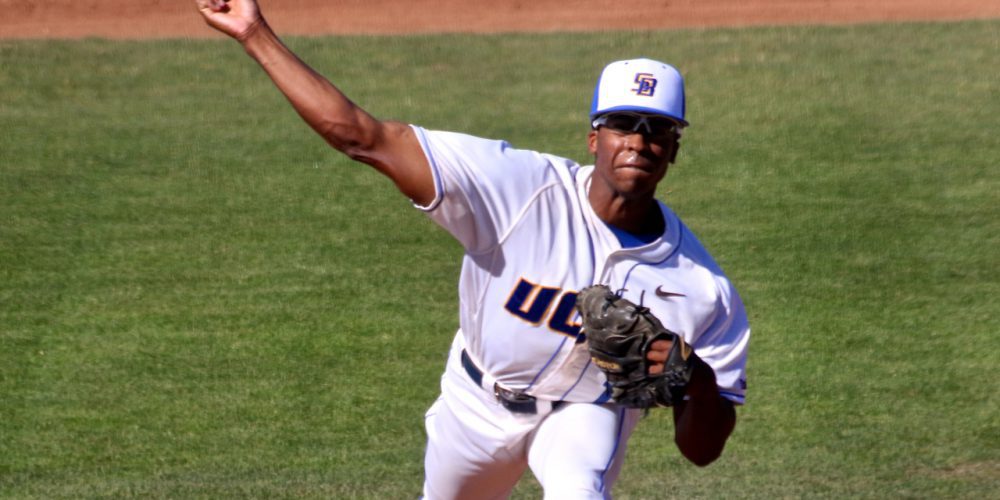 Editor’s Note: The COVID-19 crisis has resulted in the cancellation of the 2020 college baseball season, so we’re digging through our archives and re-posting some of the best work of D1Baseball’s first five years, highlighting some of college baseball’s biggest stars and most compelling storylines. Today, we present Shotgun Spratling’s 2015 feature on UC Santa Barbara ace Dillon Tate, who led the Gauchos to a home regional that spring, then went on to be drafted No. 4 overall by the Rangers. He reached the major leagues last year with the Orioles, making 19 relief appearances.