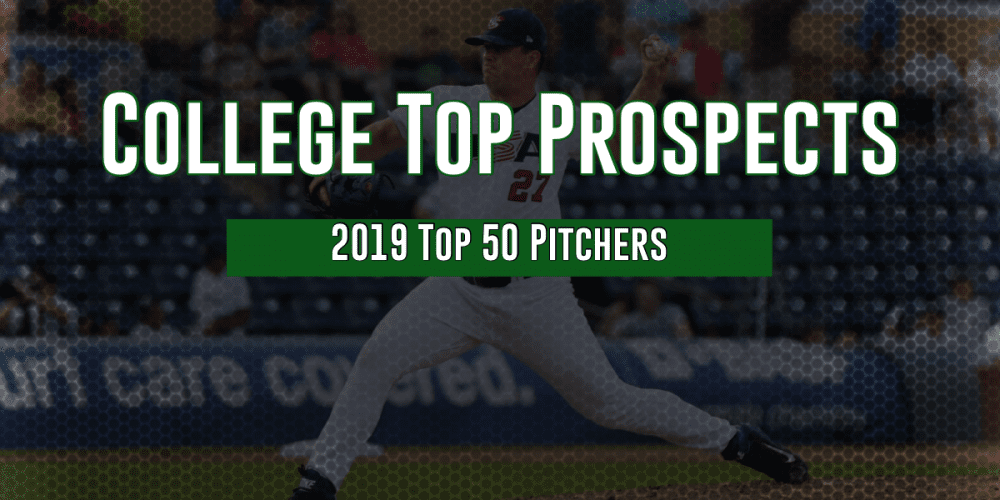 Summer baseball has come and gone, fall workouts are finally here and it’s time to take an in-depth look at the top prospects in the 2019 draft class.

Our top pitching prospects rankings are headlined by Duke’s Graeme Stinson, Kentucky’s Zack Thompson and TCU’s Nick Lodolo, while junior college righty Carter Stewart, who turned down first-round overtures this past summer and skipped an opportunity to head to Mississippi State, also is in our top five.

Stinson is a power-armed and physical lefty who’s expected to occupy a starting spot for the Blue Devils in 2019, Thompson is a talented lefty who was injured for much of last season, but who also showed flashes of brilliance, getting up to 94-95 mph at the Shriners College Classic, while also flashing a plus breaking ball. There’s also Lodolo, who was a high-profile recruit out of high school when he chose to go to TCU. Lodolo has had an inconsistent career to date for the Frogs, but the measurables and upside are present. West Virginia’s Alek Manoah rounds out our top five. Manoah has a husky build and a mean streak, while also showing premium and power stuff at the Cape Cod League this past summer.

North Carolina leads the way in terms of pitchers on our list with three, while these programs have two representatives each: Duke, Georgia Tech, Elon, Oregon, Stanford, Texas Tech, Connecticut, Vanderbilt and Wake Forest.

The college prospect rankings are assembled by Kendall Rogers, Aaron Fitt and David Seifert, along with contributions from Prep Baseball Report’s Dan Jurik.

Here’s the top five with the rest of the rankings accessible to premium subscribers: