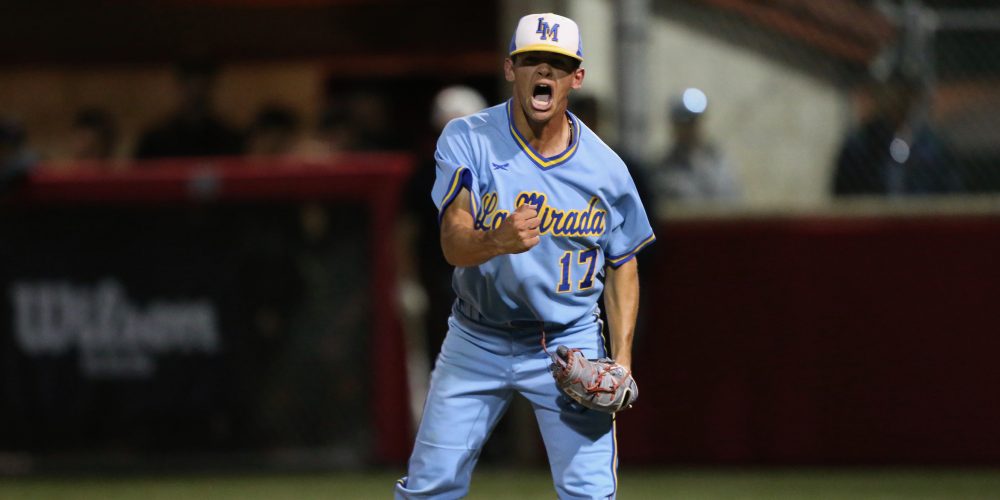 College baseball’s relationship with the MLB Draft is one that is almost always one-sided: 40 rounds leaves plenty of room for the professional realm to dismantle a collegiate roster. The uniqueness of the arrangement leaves all parties somewhat in the dark, but especially the schools and coaches. After putting years into getting together a recruiting class, it can be torn apart in a matter of picks. This is a compliment to the talent evaluation of the recruiters: they have done their job in getting the best players to commit. However, there is no consolation prize that comes from having a high school player sign a professional contract at the last minute. The only reward is a desperate scramble to piece together a replacement (there rarely is one).

However, the joy of maintaining a strong recruiting class through the draft is immense. It pays dividends and can set up a program for years of future success.

This year’s draft being shortened to just five rounds, combined with little or no spring season, should bring an unprecedented level of high school talent to college campuses. Cautiously optimistic, coaches will be glued to draft for two days in hopes bolstering their rosters with names that they do not hear called. Nonetheless, high school talent is sure to be taken, and some recruiting classes will suffer.

Below is a look at 10 recruiting classes that face the biggest risk heading into the draft. Each is stacked with talent that could make an immediate impact on the program.

The Longhorns have five recruits in the top 150 of the PBR Draft Board, and each has a strong chance of getting taken early. RHP Jared Kelley (Refugio HS, TX) leads the way as a presumptive first-round pick with a near 100 mph, effortless fastball. The shortened spring has a chance to deter some MLB clubs, which could cause him to slide to the back half of the first round, and potentially allow him to consider going to campus. Fellow right-handed power-arms, Jared Jones (La Mirada HS, CA) and Tanner Witt (Episcopal HS, TX) possess similar upside, and should have Longhorn fans locked in from picks 35-60—though there are some rumors circulating of Witt landing in the first round. Jones has long been on scouts’ radars in Southern California, so his track record might be more appealing to professional decision makers. Witt might be the most intriguing player in this draft. The frame and athleticism leave so much to dream on, but there were limited outings in the fall, and obviously not many in the spring. He would potentially challenge for a weekend role as a freshman for a team that has lots of depth on the mound. The final two players, OF Petey Halpin (Mira Costa HS, CA) and SS Carson Tucker (Mountain Pointe HS, AZ) are both out-of-state products who have attracted many important eyes over the past year. Halpin’s plus athleticism and left-handed bat, and Tucker’s twitchy defensive work and quick hands at the plate along with his bloodlines (brother of Pittsburgh Pirates SS Cole Tucker) are sure to get heavy consideration in the top 75 picks which will make for an uneasy feeling for the beginning of Day 2 of the draft.