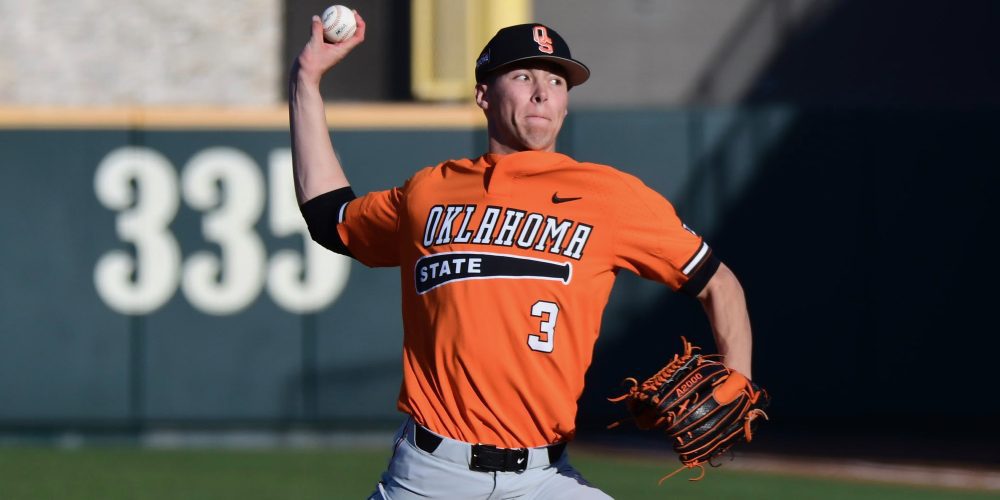 FRISCO, Texas — Sunday at the Frisco Classic featured one matchup between the two teams that had started the tournament 2-0 (UCLA and Illinois) and another matchup between the two teams that started 0-2 (Oklahoma State and Texas A&M). The Bruins cruised to a 14-1 win over the Illini in the early game to cap a dominant weekend that saw them out-hit their three opponents by a combined score of 43-8. And the Cowboys overcame a 4-1 deficit and then broke a 5-5 tie with three runs in the ninth to beat the Aggies 8-5 in the afternoon game, which was played in front of 8,487 fans, bringing the total weekend attendance to a record 24,780.

This was a wonderful weekend of baseball between four good teams — multiple coaches and players made a point to say that this field was better than any regional, because it essentially featured three teams that are going to be No. 1 or No. 2 seeds in regionals, plus a potential No. 2 or No. 3 in Illinois. The weather was glorious for three straight days, the crowds were excellent, and all of the coaches and players were grateful for their first-class experience in Frisco.

I appreciated all of those things, but I also appreciated the chance to fill up my notebook with nuggets on many prospects of interest on four legitimate postseason-caliber clubs. So without further ado, it’s time to shake out the notebook. Here are some takeaways on all four teams after the Frisco Classic, starting with the team that blew everybody else away this weekend: UCLA.