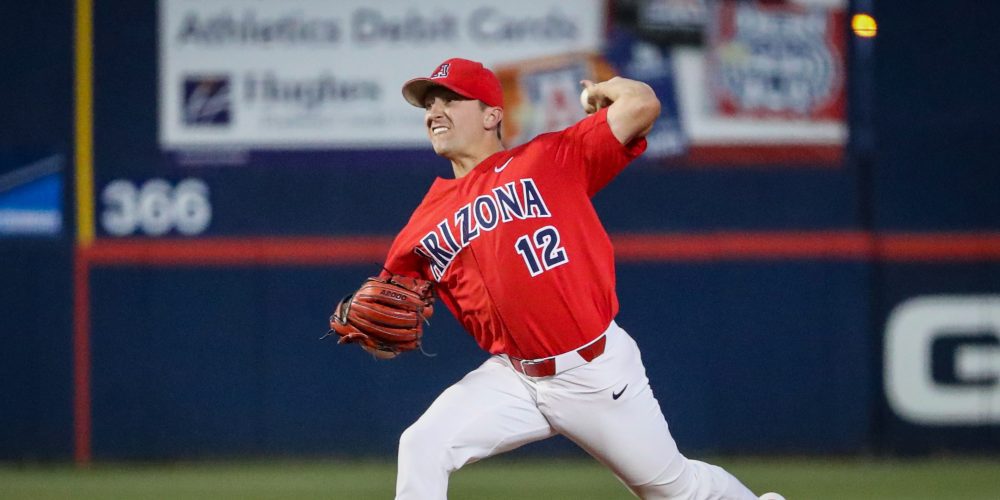 TUCSON, Ariz. — When Arizona head coach Jay Johnson strolled to home plate for the coaches’ meeting before Saturday night’s winner’s bracket game in the Tucson Regional, his counterpart, Andrew Checketts, made a statement that harkened back to the only other postseason meeting between the coaches — a 3-0 win by Arizona in the 2016 College World Series.

“I haven’t scored yet so I told him that at home plate before the game started that I was hoping we’d score,” Checketts said.

His lighthearted pregame statement seemed to be a request. It eventually became a plea and an unanswered prayer.