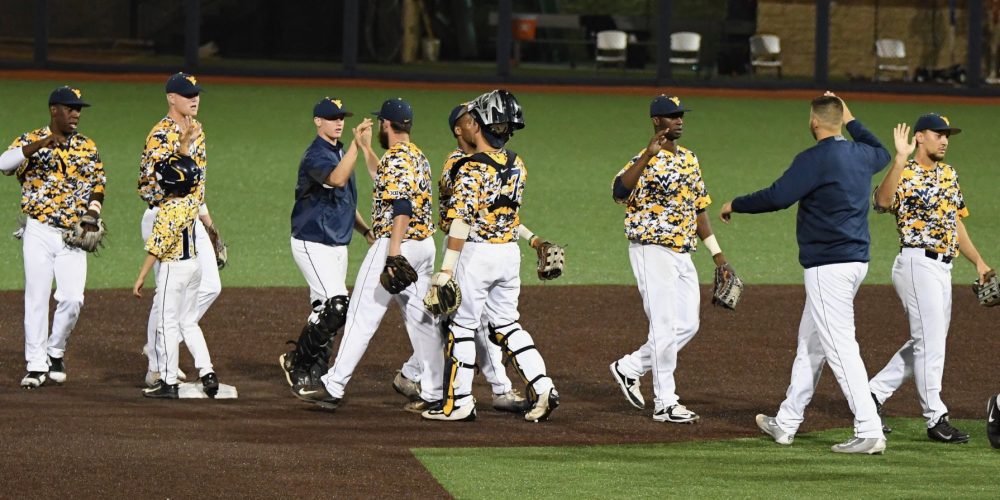 MORGANTOWN, W.V. — Under the leadership of Randy Mazey, West Virginia has been steadily gaining momentum for several years. The Mountaineers flirted with NCAA tournament contention in 2014 and 2016, and they moved into beautiful new Monongalia County Ballpark in 2015. Finally, in 2017, the program broke through for its first trip to regionals since 1996, and its hungry fan base showed up in force at the Winston-Salem Regional.

But last year’s success was just the beginning for WVU, which returns 26 players from the 2017 club, including nine All-Big 12 selections. The Mountaineers seem like a slam dunk to enter 2018 as a preseason Top 25 club, with a chance to contend for the Big 12 title and make a deep postseason run.

West Virginia gave its fans a taste of what to expect with a come-from-behind win against in-state rival Marshall in a fall exhibition on Friday. It was a far more intense contest than you usually see in the fall — both teams were clearly there to win, as well as to find out how their young players responded to pressure situations.

“We’ve only got two Division I schools in the whole state, so when we get together in anything, it’s really competitive. There’s a lot of water cooler talk that goes on amongst employees and teachers and everything, recruiting, in-state, high school coaches and things like that,” Mazey said. “You learn a lot about guys in this atmosphere, and since it was our first game… We’ve got a pretty veteran team. All these juniors that are out there had been playing as freshmen and sophomores, so I feel like they’re not gonna get rattled if we get down 6-5 in the eighth inning.”