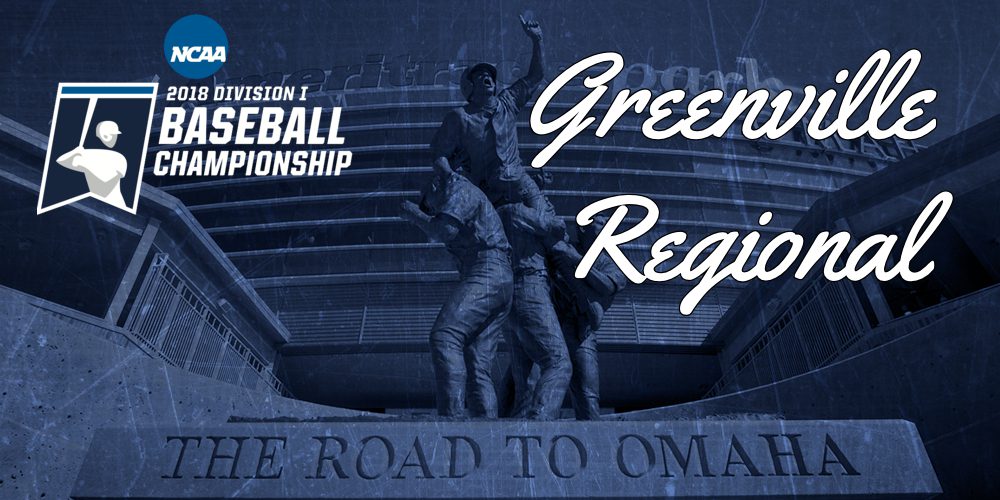 Most Exciting Player: Dwanya Williams-Sutton, OF, East Carolina. Staying on the field has been an issue at times for Williams-Sutton, but he’s healthy now, and his combination of power (.582 slugging percentage) and speed (17 steals in 18 tries) makes him a dynamic threat in the heart of the ECU order.

Best Hitter: Bryant Packard, OF, East Carolina. Packard emerged as a breakout star as a sophomore for ECU, leading all hitters in this regional with a .403 average and an 1.140 OPS. He’s a lefthanded slugger who can drive the gaps (15 doubles) or smash the ball out of the park (14 HR), and the Pirates use him in the leadoff spot to get their offense going.

Best Defensive Player: TJ Hopkins, OF, South Carolina. Hopkins is a game-changing defender in center field, a quick-twitch athlete with premium speed and good instincts that allow him to regularly make highlight-reel catches from gap to gap.

Best Pitcher: Seth Kinker, RHP, Ohio State. Kinker is one of college baseball’s most accomplished closers, with a 2.12 career ERA and 24 saves in 195 innings over 107 appearances in the last four years. He’s having his best year as a senior this spring, with a 1.49 ERA and a sparkling 59-5 K-BB mark in 60 innings. It’s not huge velocity, but he attacks and locates well with an 86-88 fastball from a three-quarters slot, with advanced feel for manipulating his excellent 76-82 slurve.

X-Factor: Alex Royalty, RHP, UNC Wilmington. When he’s on his game, as he was in a complete-game victory over Northeastern last week in the conference tournament, Royalty is good enough to beat anyone, but he’s been a little less consistent as a junior this year (3.99 ERA) than he was as a sophomore (3.20). But if he’s got his best stuff and command Friday and can knock off the host Pirates, this regional could turn into a free-for-all.

Best Starting Rotation: East Carolina. None of these teams have shutdown rotations; ECU’s starters have pretty good numbers but have seldom completed five innings of work over the last couple of weeks. Still, between Chris Holba, Jake Agnos, Alec Burleson and Jake Kuchmaner, the Pirates probably have the most reliable starting pitching in this regional.

Best Bullpen: UNC Wilmington. All four of these pitching staffs are built from the back forward, with better bullpens than rotations (a trend across college baseball this year). They all have good closers and multiple quality options in the late innings, but we’ll go with the Seahawks, who have eight relievers who have made 12 or more appearances and own ERAs below 3.20. Flame-thrower Clark Cota has shutdown stuff at the back end, with a 93-96 heater and a plus curveball.

Best Offensive Team: East Carolina. A case could be made for any of the top three seeds — the Gamecocks are the most powerful of the trio, and the Buckeyes average 6.5 runs per game, a tick more than ECU and South Carolina (6.2 runs apiece). But ECU has done it against better pitching than OSU, and the Pirates have the most balanced offense, with some power, some speed, and a lot of tough outs.

Best Defensive Team: South Carolina. ECU is a very good defensive team, but the nod here goes to the Gamecocks, who are eighth in the nation with a .981 fielding percentage.

No. 1 Seed Win Probability (1-10): 4. The Pirates are still the favorites, especially at home in what should be a rocking atmosphere, but they did not get an easy draw — this is a competitive regional with four dangerous teams. So let’s give ECU a 40 percent chance, South Carolina a 30 percent chance, and give OSU and UNCW each a 15 percent chance.