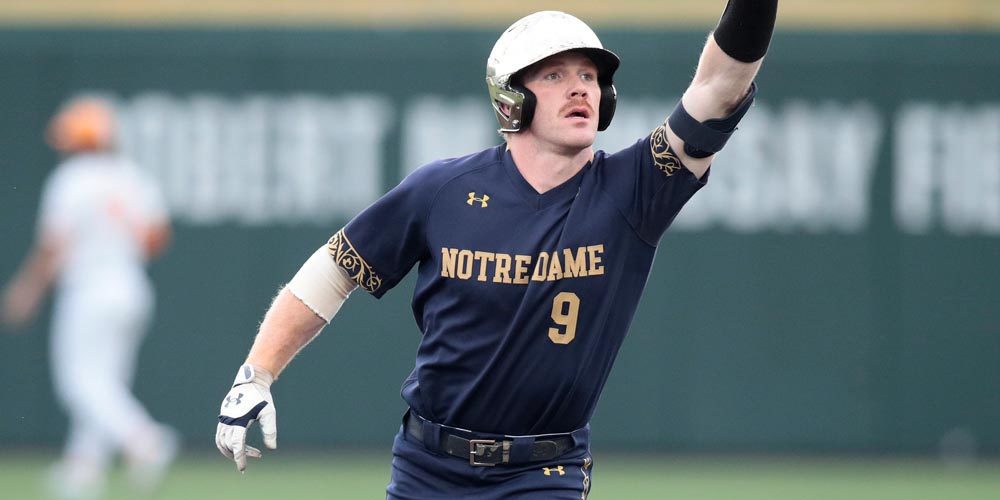 KNOXVILLE, Tenn. – As part of D1Baseball’s preview of the Knoxville Super Regional, Aaron Fitt categorized the matchup between Tennessee and Notre Dame as a battle between an unstoppable force and an immovable object. After Notre Dame made a statement by taking the first game of the best-of-three series, 8-6, you could argue the Irish played both roles.

Jumping on hard-throwing Tennessee starter Blade Tidwell early and often, Notre Dame hit home runs in each of the first four innings. Carter Putz hit a two-run shot in the top of the first after leadoff hitter Ryan Cole swung at the first[…]