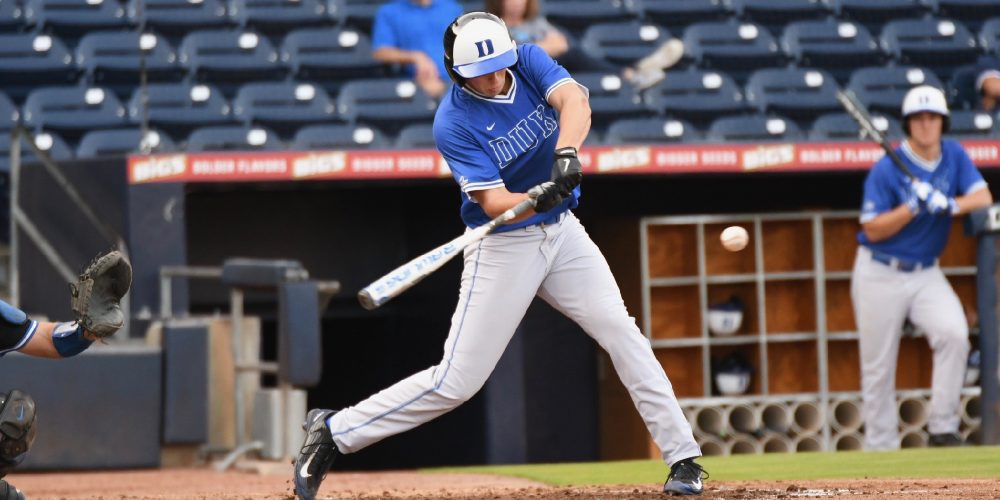 DURHAM, N.C. — Heading into 2018, Duke might be the most chic sleeper pick in college baseball. The Blue Devils return all nine everyday players and each of their top four starting pitchers plus their closer. Duke guys were the talk of the summer, with five players ranking among the top 200 prospects in the Cape Cod League (including two in the top 25), and other players starring in summer leagues across the country. With that kind of experience and talent back in the fold, the only reason Duke qualifies as a “sleeper” at all is because the program has been to just one regional since 1961.

Of course, that regional berth came just two years ago, and it should be clear now that Duke baseball is an ascending program under sixth-year head coach Chris Pollard. The Devils did take a small step backward last year after losing their entire weekend rotation from the regional team, finishing 30-28 overall and 12-18 in the ACC to miss out on the NCAA tournament, but they started to gain confidence down the stretch, and that carried over into the summer.

“We knew we had a chance to be OK (in 2017), and it was almost a feeling like it was too little, too late. We finally clicked right there at the end of the year, we had a good run in the tournament,” Pollard said, referring to wins over Clemson and Virginia in the ACC tourney. “Then when we kinda survived the draft, everybody was like, ‘Let’s go. This team’s intact, this could be a really special group.’ And those guys went out and played with a sense of urgency this summer.”

The headliners in the Cape were outfielders Griffin Conine and Jimmy Herron, who earned co-MVP honors at the league’s all-star game and made the all-league team at season’s end. Herron has been a standout performer for two years at Duke, and he led the team in batting (.326) and stolen bases (17) while tying for the lead in doubles (17) as a sophomore. A patient, disciplined hitter with a quick line-drive stroke and very good speed, Herron is an ideal fit in the leadoff spot for the Blue Devils. He missed the last couple of weeks of the fall with an elbow strain, but he’ll be healthy and ready to make this lineup go again in the spring.