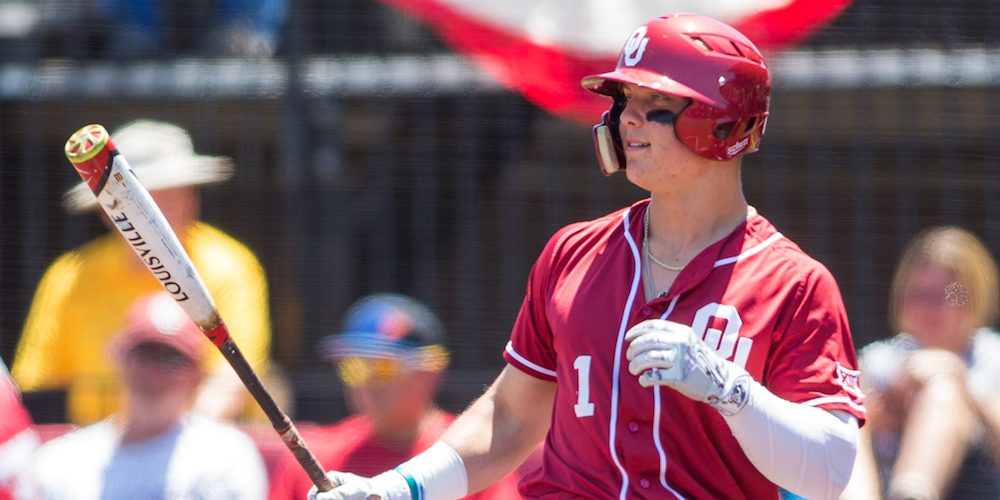 It’s an interesting time around the Oklahoma baseball program.

Before the 2017 campaign, the Sooners had gone three seasons without reaching the NCAA postseason. However, and despite some serious injuries at times last season, they posted 35 wins, tallied an RPI of 24 and were the No. 2 seed at the Louisville Regional. Finally, the Sooners seemed to have rebounded.

Then came some abrupt change this past summer. While OU was making noticeable strides on the diamond, Sooners athletic director Joe Castiglione decided to part ways with former head coach Pete Hughes. Those close to the situation point to a personality clash between the two. But at any rate, it was a sticky situation at precisely the wrong time.

Oklahoma could’ve gone outside the family and embarked on another national search for a new head coach. Instead, players and others around the program felt the administration didn’t need to look far. They had head coach material already on campus in pitching coach Skip Johnson.

Johnson had a stellar resume before arriving at OU. He tutored some of the best pitchers in professional baseball, including Dodgers lefty Clayton Kershaw, while also being one of the best pitching coaches in college baseball during his time at Texas.

Just a few months into his first tenure as a head coach, Johnson is acclimated to the new position and responsibilities, while also enjoying seeing this OU team come together with hopes of a promising 2018 season.

“I think it was a pretty natural transition for me. I still went to the bullpen each day this fall and did things like that, but I think the biggest difference for me was making sure all the practice schedules and things like that were right and precise,” Johnson said. “With everything we do in college baseball now, the details matter, so this fall was a lot of making sure we stick to a schedule.

“I think getting Clay Van Hook and Clay Overcash immersed into the program this fall was important, too. There was a lot of energy around this team this fall and those guys got to see what our system is all about,” he continued. “They needed to get to know our guys the first few weeks before they could start showing the players what they know.”

While it sometimes takes time for a new coach to experience success, OU shouldn’t see much difference. It welcomes back more than enough offensively with the return of hard-hitting Steele Walker and others, while the pitching staff has depth and a solid front-line arm in the weekend rotation in Jake Irvin, among others.