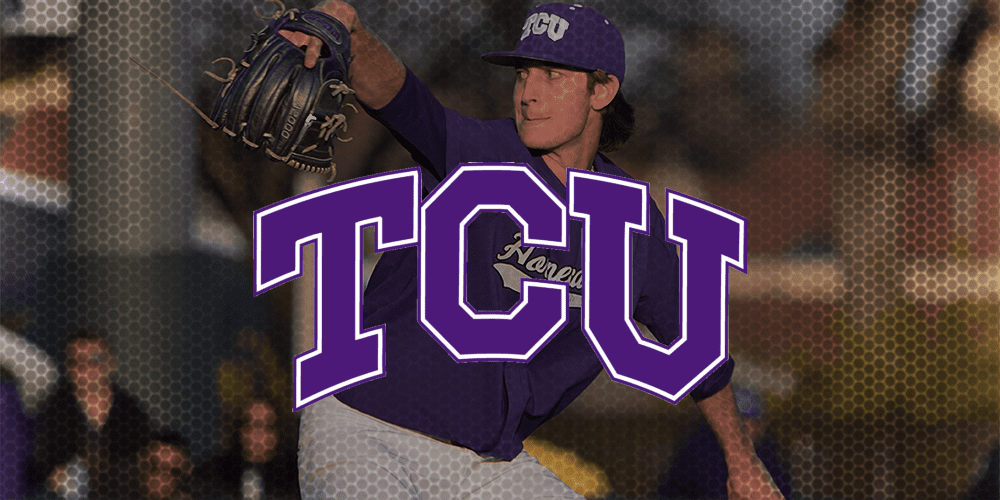 This fall wasn’t like most TCU has had the past few seasons.

The Horned Frogs, to say the least, have been accustomed to winning at a high level. They made history by making four-straight trips to the College World Series before last season. But in 2018, the Frogs got off the grand plan. You can blame injuries, heavy draft losses or simply not getting the job done. The Frogs, for once, were human.

Whatever the reasoning, the Frogs failed to meet expectations. They finished the season with a 33-23 overall record and an RPI in the 50s. But everyone knew TCU needed to win the Big 12 tournament title game against Baylor. They lost to the Bears and their season ended earlier than usual, allowing some serious reflection entering the fall.

“Everyone has been embarrassed by it,” he continued. “The returning players want to prove that they’re better than what they showed last season, and the new guys — they came to TCU fresh off four-straight trips to Omaha. That’s why they came here, and they want to restore that. That’s their expectation level.”

The bad news for the Frogs last season was that they failed to make the postseason. The good news  this fall? The Frogs have a lot of same key players back in the mix, while adding some talented newcomers to the mix.

On the mound, lefthander Nick Lodolo is better and ready to headline the weekend rotation, while righthander Jared Janczak is back from an injury and should be ready to roll on Opening Day. The Frogs also have other intriguing weekend starter options, though one junior college transfer and prospect stands out amongst the rest. The closer role is another heated battle this fall as the Frogs look to replace All-American Durbin Feltman.

Offensively, the Frogs look to rebound from a tough 2018 campaign. Adam Oviedo and Johnny Rizer have much needed experience and are ready to take sizable steps forward, while several junior college transfers made their mark during fall workouts.

“I’m super excited about our position player group. Guys like Oviedo, Rizer and Zach Humphreys — they’ve all come back better than last year,” Schlossnagle said. “Then, the junior college kids have brought an awesome baseball mentality. So, we have that, a much more physical and athletic team, and we have more speed. We’ll see what happens.

What’s the inside scoop on TCU as fall workouts come to a close? Let’s find out:

As we’ve rehashed over and over in our fall reports, the lifeblood of every team is indeed that weekend rotation, and if TCU is healthy, it will certainly be one of the nation’s most talented.

For starters, the Frogs have one of the nation’s premier talents in highly touted prospect and junior lefthander Nick Lodolo.

Lodolo, who has a tall and lanky frame, has had a good first two seasons with the Frogs. But it can’t be classified as great. For as good as Lodolo has looked at times with his fastball and nasty slurve, he’s also had some lapses where his command has fallen apart.

The good news? Those lapses appear to be gone, knock on wood, of course. Lodolo had a strong fall after the Frogs changed up his delivery a bit. He’s not pumping 94-95 mph with his fastball as he did at times last season. However, he’s sitting 90-93 with the offering and showing much improved command with the pitch, especially against righthanded hitters.. He’s commanded the fastball on both sides of the plate with good sink, and the breaking ball continues to be a go-to pitch.