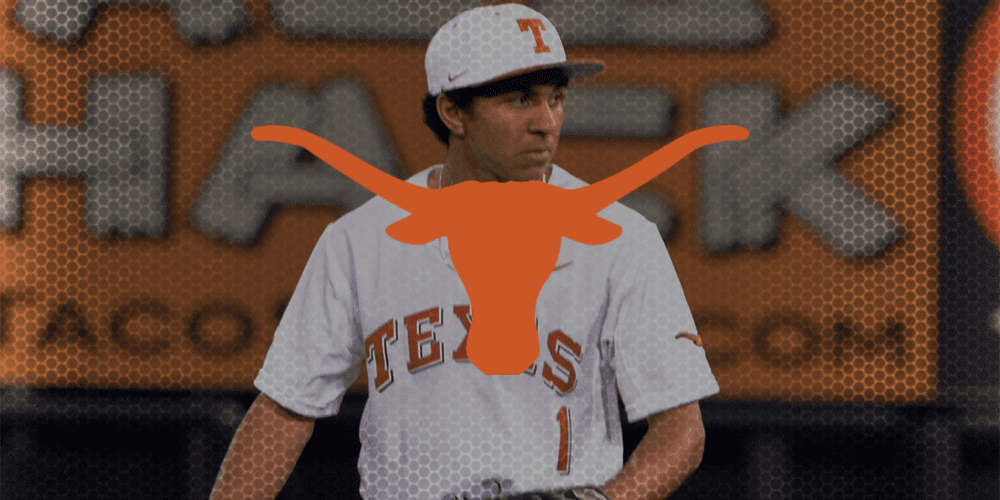 In just David Pierce’s second season with the program, the Longhorns took a huge step forward. Second baseman Kody Clemens emerged as one of the nation’s premier players, several veteran pitchers put together clutch performances down the stretch, and most importantly, the ‘Horns reached the College World Series for the first time since 2014.

Much has changed in just a short few months since another trip to Omaha. Clemens is long gone and is a member of the Detroit Tigers system, while veteran arms such as Nolan Kingham, Chase Shugart and reliever specialist Parker Joe Robinson also are gone.

There’s no doubt the Longhorns have some important holes to fill on the mound. As fall workouts continue, UT has just one returning starting pitcher in righthander Blair Henley. The other two spots in the weekend rotation? They’re wide open with freshman righthander Coy Cobb and others squarely in the mix.

The bright spot for this team, at least right now, is the offense. UT welcomes back several players from last year’s club.

Catcher DJ Petrinsky showed power and consistency toward the end of last season and appears to be ready to take a sizable step forward, while Masen Hibbeler, electric David Hamilton, Tate Shaw, Duke Ellis, Ryan Reynolds and Zach Zubia are back. The ‘Horns could have a total wild card, too, in athletic outfielder Austin Todd, assuming he’s healthy in the spring.

There’s a lot to dissect when it comes to the Longhorns.

“There’s a lot to like about the pitching right now. I’ve been very pleased with the pitching for the most part,” Texas coach David Pierce said. “Information is so important to us. The last scrimmage, I think we gave up 14 free passes. I think we only gave up five today [against San Jacinto CC]. We still have a lot of pieces that need to be developed on the mound, but we could be one of those teams that matches up a little more from a pitching standpoint.”

So, let’s cut to the chase. Here’s the inside scoop on the ‘Horns:

HENLEY AND THE REST OF THE STORY

We’ve said this before in our fall reports, but the lifeblood of a college baseball team is its weekend rotation. There’s no doubt the Longhorns have a question mark here with only the return of veteran righthander Blair Henley.

Henley, a 6-foot-3, 190-pounder, looked like a potential dominant force at times as a freshman. He has the measurables, there was projection and he commanded the zone with multiple pitches. Last year, Henley was a little up and down, but also pitched well in the postseason.

Against San Jacinto (Texas) CC over the weekend, Henley showed his usual fastball velocity, sitting 88-91 and up to 92 mph with a sinking fastball. He did a good job of pounding the bottom of the zone with the offering. Henley also showed a low-80s slider that he had some late bite/tilt to it, while also showing a 79 mph changeup.

Henley has quality stuff and typically can command the zone well, but needs to establish a killer instinct if he’s going to be a shutdown Friday night guy in the Big 12.

The rest of the rotation spots are up for grabs as fall workouts continue.