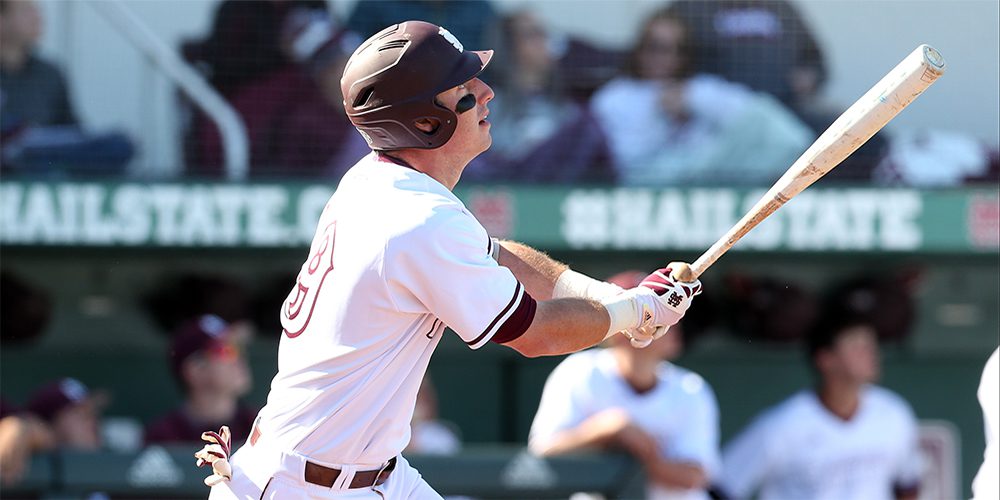 Mississippi State first-year head coach Andy Cannizaro is having an inaugural season to remember – some ways good, and in other ways, bad and somewhat frustrating.

But Cannizaro, who’s known for his infectious personality and overly positive vibe, isn’t letting some of the challenges the Bulldogs have faced thus far get him down. If anything, the goal of a first-year coach is to take over a program and put together its components to his specifications, and Cannizaro, thanks to injuries and other setbacks, is getting a unique opportunity to see everything in the MSU cupboard. It’s been a mixed bag of results as the Bulldogs sit at 16-10 overall and 3-3 in the Southeastern Conference after sweeping Tennessee at home last weekend.

“I think going on the road to Arkansas opening weekend of conference benefitted us more as a team than anything else we’ve done this season,” Cannizaro said. “Playing in front of 8-10,000 people on the road, we had to battle through some adversity. It gave our younger guys a good understanding of what this league is all about – and that’s that is requires focus and concentration for nine innings. I think we figured out what it takes to win those types of games.

“Having gone through what we did at Arkansas, I think that allowed us to come out with some tunnel vision against Tennessee last week,” he continued. “The quality of our at bats from the previous weekend were much better, and being able to win a close game on Friday really helped spike our confidence, I thought. That allowed us to win the rest of the weekend, and I think the past two weeks have kind of given our team a road map moving forward in conference play.”

〈
Previous Article FSU Staying Afloat With Pitching
Next Article Sorenson: Off The Top Of My Head
〉