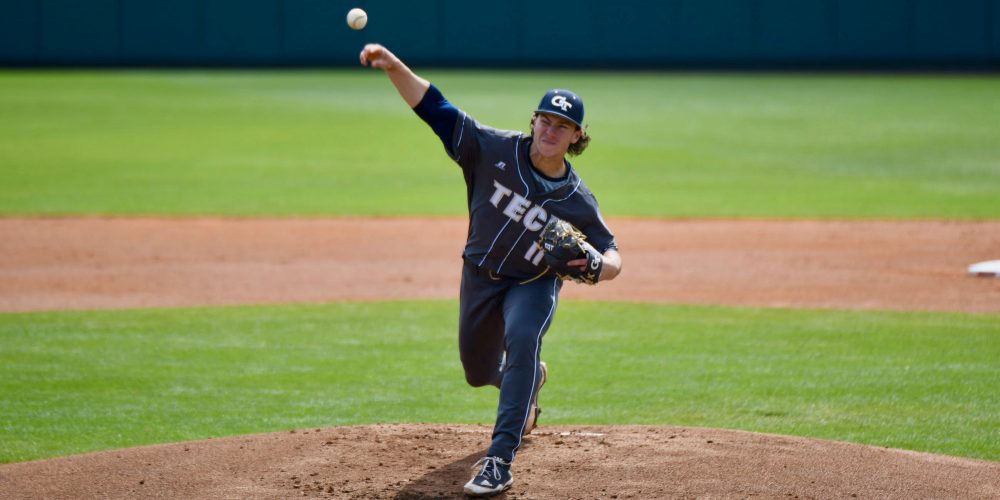 Few Week Two matchups will feature as much draft-eligible pro talent as the series between UCLA and Georgia Tech in Atlanta. Both teams are loaded with talented upperclassmen who have top-10-rounds potential — and both teams have a number of Day One draft candidates.

“I think the scouting community is going to be out in force,” Georgia Tech coach Danny Hall said. “I had one team tell me they may have eight guys in town this weekend. Obviously [the Bruins] have veteran position players coming back, and they’ve pitched it lights out already without their best guy, so that’s kind of scary, when you look at what they’ve done out of the gate. But I do think it’ll be a great test for us. We hope the weather man cooperates, we definitely want to get all three in, to see who measures up as they say early in the season. I think it’s a great cross-country matchup.”

The abundance of prospects is a good sign for the upside of these two clubs. Georgia Tech had seven players on D1Baseball’s preseason Top 350 for the 2019 draft, led by No. 62 Tristin English and No. 93 Xzavion Curry. Outfielder Chase Murray, catcher Kyle McCann and lefthander Connor Thomas are all top-five-round candidates as well.

UCLA had six players on the Top 350, headlined by preseason All-Americans Michael Toglia (No. 22) and Chase Strumpf (No. 23), plus sidelined ace Ryan Garcia (No. 54), who will miss the series with injury. Bruins coach John Savage said Garcia threw up to 90 feet on Tuesday and felt good, so they hope to have him back by Week Four.

But as Hall noted, UCLA was dominant on the mound even without Garcia last weekend against St. John’s, which is a very encouraging sign for the Bruins going forward. The state of UCLA’s pitching leads our list of four things to watch in this series.