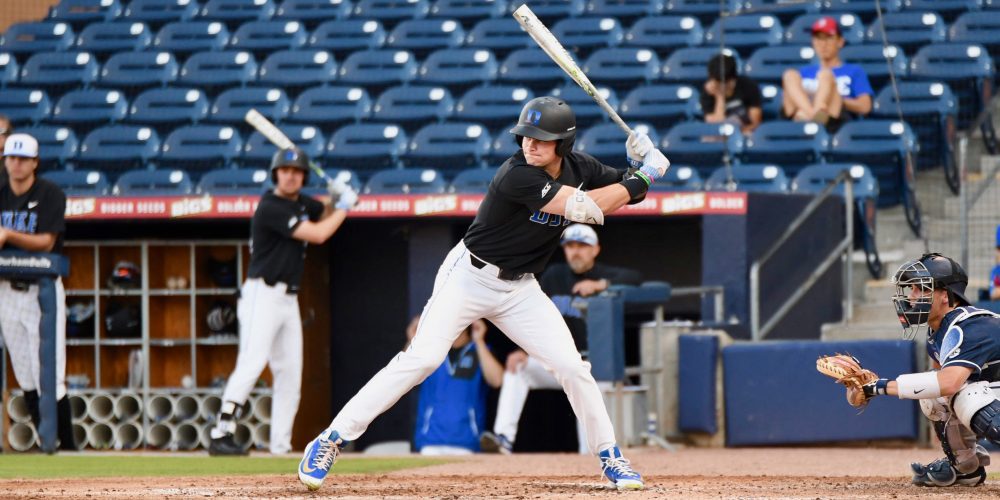 DURHAM, N.C. — Duke is well on its way to the best regular season in program history. At 36-11 overall, 15-8 in the ACC, the Blue Devils are ranked 13th in the D1Baseball Top 25 and 18th in the RPI. If they win a home series against fourth-ranked North Carolina this weekend, there’s a pretty strong chance they’ll wind up hosting a regional for the first time ever.

And yet, heading into the exam break after a series win over Virginia Tech two weeks ago, Duke really hadn’t gotten peak performances yet from a number of its best players. It seemed like just a matter of time before Duke started firing on all cylinders — and once that happened, this team had a chance to be scary-good.

The Blue Devils scrimmaged last Friday during the exam period, and Pollard told his team he thought they were in a really good place offensively. Then they returned to action Sunday and blasted Gardner-Webb by a combined score of 23-8 in a pair of victories, and then played a very good, complete game in a 5-2 win against Big South contender Liberty on Tuesday.

The most obvious and most important development is the recent hot streak of first-team preseason All-America outfielder Griffin Conine. After a big sophomore season and a standout summer in the Cape Cod League, Conine entered his junior year widely regarded as a potential top-10 overall pick, and a very likely first-rounder. But he struggled to find his footing in the first half of the year, striking out at a troubling rate and hitting in the low .200s. Even as the son of a longtime major leaguer (Jeff Conine) who grew up around the game, Griffin acknowledged that the pressure of his draft year weighed him down for much of the season.