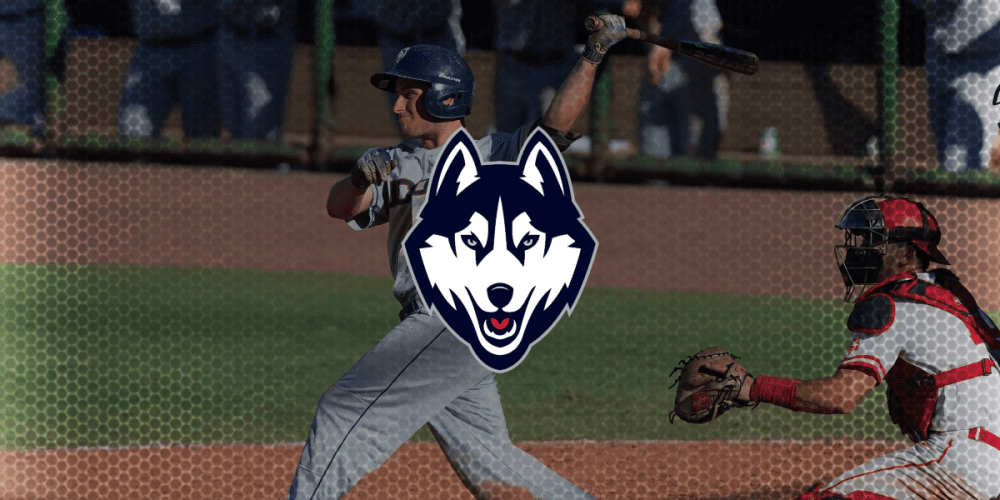 Some people have to dodge arguments with crazy uncles about politics or religion at the holiday dinner table. Jim Penders has to endure barbs about UConn baseball’s College World Series drought from his father and uncle — who were teammates on the Huskies’ 1965 CWS team.

“I gotta hear all about Omaha every Thanksgiving and every Christmas Eve, how I haven’t been there in uniform yet. It gets old,” Penders said ruefully. “I tell them it’s a little harder to get there now — they just kind of roll their eyes at me. But UConn went in ’79, ’72, ’65, ’59 and ’57. Every time we look at our outfield fence, it’s a reminder that we haven’t been there in a while.”

“I don’t think we’ve had two pairs of brothers since my father played in 1965, and we went to Omaha that year, so hopefully that’s a good sign,” said the younger Jim Penders, who played at UConn himself in the 1990s (while his own brother eschewed the Huskies to play at Wake Forest for George Greer — who had played with the older Penders brothers at UConn in the ’60s). “I’m excited about both sets of brothers, they’re talented guys.”

The brothers have different frames and skill sets. Christian Fedko, a 5-foot-10 sophomore second baseman, is a savvy player with a knack for finding the barrel and more advanced defensive skills at this stage than Kyler, a 6-foot-2, 200-pound freshman third baseman with an exciting power/speed combination. He was the PBR player of the year in Pennsylvania as a senior and figures to push his way into the lineup early on.

Click below to read the rest of the article …