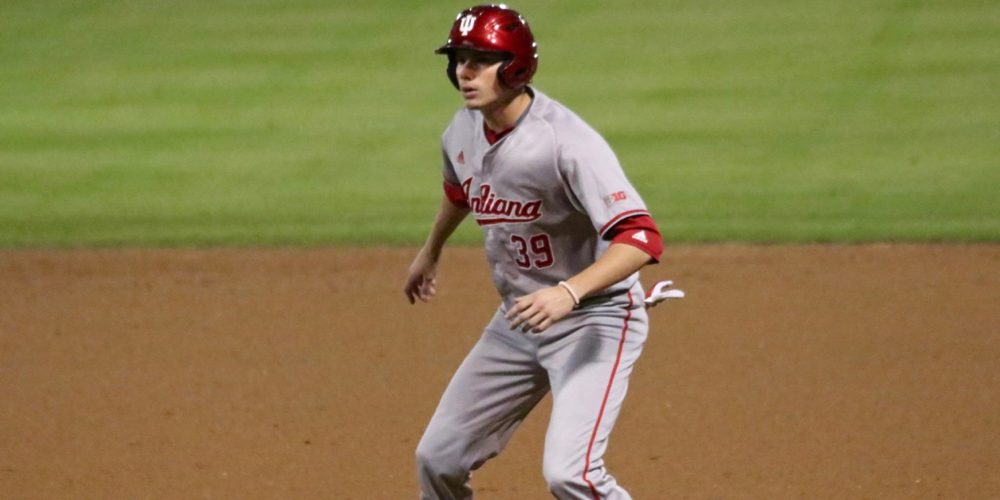 Few teams in the Midwest have been playing as well as Indiana over the past couple of weeks. The Hoosiers have won seven of their last 10 and will be going for their third straight conference series win when they host Maryland this weekend.

Indiana, currently projected as a three-seed in the Lexington, Ky., Regional on D1baseball.com, is in its third season under Chris Lemonis. After reaching a regional in his first season, the Hoosiers narrowly missed out on a regional last season after finishing with a 32-24 record.

But with a 22-16 record, an RPI of No. 28 and several wins over good clubs in recent weeks, Indiana is likely to reach the postseason once again.

“Lately we’ve been really good,” Lemonis said. “If you look at our schedule, I’d have to say we have maybe as tough or tougher of a league schedule than anybody. The last couple of weeks we’ve had Nebraska, went to Purdue, a rivalry game, then we’ve had Minnesota who was in first place, then we went to Michigan after they swept Oklahoma, now we’ve got Maryland. We’ve kinda run through the gauntlet at the top of our league.”

〈
Previous Article Position Power Rankings: Second Base
Next Article Off The Top Of My Head
〉