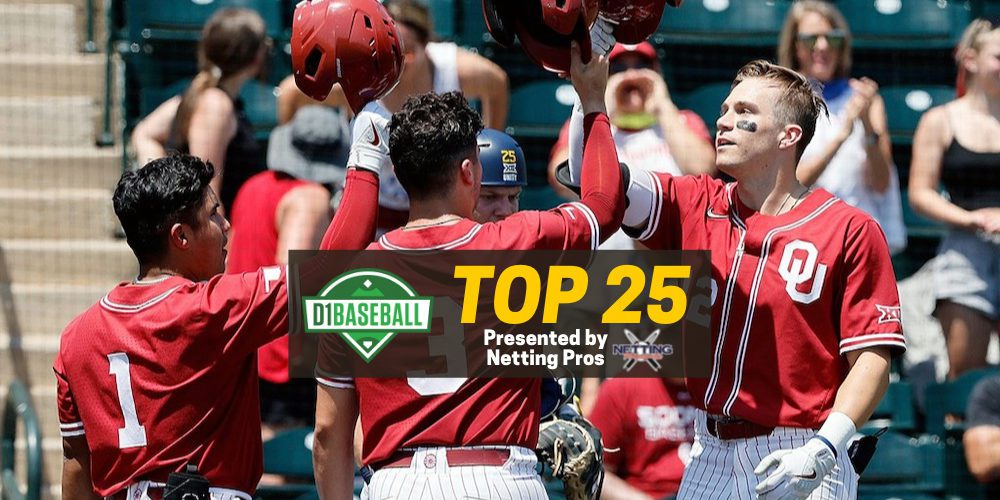 Tennessee maintained its stranglehold on the No. 1 spot in the D1Baseball Top 25 rankings with a 4-0 week to finish the regular season with a sparkling 49-7 overall record and a 25-5 mark in the SEC — 10 games ahead of the next team in the SEC East, and six games better than SEC West champion Texas A&M.

ACC regular-season champion Virginia Tech and Pac-12 champion Stanford moved up one spot apiece to Nos. 2 and 3, respectively. Oregon State fell two spots to No. 4 after dropping its second straight weekend series, and Texas A&M climbed one place to No. 5. Miami, Louisville, Texas Tech, Oklahoma State and Maryland round out the top 10, with the Big Ten champion Terrapins making the biggest jump of the lot, up five spots.

Big 12 regular-season champ TCU made the week’s biggest leap, up six spots to No. 18. Texas and UCLA moved up three spots apiece to 22 and 23, respectively.

Connecticut, Florida State and Vandy dropped out of the Top 25.